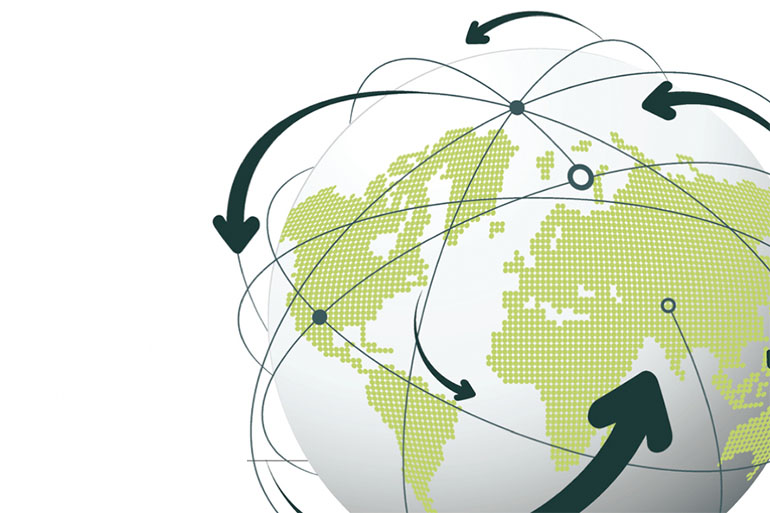 Sixteen years ago, two 20-something-yearold students at the University Florida were sitting in plastic lawn chairs around a cardboard box, weighing in on a phone call that would change their lives.On the other side of the line was the president of Antimicrobial Therapy Inc., one of the leading publishers in the medical field. At the time, the company’s flagship publication was, and still is, The Sanford Guide to Antimicrobial Therapy, a comprehensive reference guide on infectious diseases.

The young entrepreneurs, Darwin Ang and Eric Poirier, were proposing to transfer the content of the company’s print publication to a digital platform.

After a memorable road trip to Vermont to visit the client, the boys were in business, as was their company, US Biomedical Information Systems (USBMIS), later known as Atmosphere Apps.

In 2001, the company released its first app, The Sanford Guide to Antimicrobial Therapy. The app turned out to be a hit, and over time they developed 9 editions. The company’s apps have been featured on BuzzFeed, MobiHealthNews and an iBook written by Apple.

Over the years, the company has created over 150 apps across 12 different mobile platforms. Its developers have built apps for all types of devices, from palm pilots to iPhones. Ang is now the President and Poirier the CEO.

“We’ve been dealing with the challenges of mobile apps and information for a decade and a half,” said Poirier. “We’ve built up a huge amount of expertise in this area.”

The company’s expert developers have an average of eight years of experience in mobile software development. Yet, there are some programmers, like Przemyslaw Chruscicki, who blows the average out of the water.

Chruscicki, who is now in his midthirties, started programming when he was 16 years old developing software for his high school in Poland. He would later find out that the principal of his school was the father of an employee at Atmosphere Apps.

“His father told him that there was some guy that was good at programming stuff,” Chruscicki said, “and I was hired.”

Chruscicki started working for the company in 1999, when he was 21 years old. At the time, he was the only employee in Poland.

The company currently has 20 employees. Half of them work in the Gainesville office, and the other half work in Rzeszów, Poland, Gainesville’s sister city. The sister city partnership was established in 2013 after a delegation of six distinguished representatives from Poland visited Gainesville. The purpose of the partnership is for the cities to work cooperatively on mutual interests such as education, transportation, technology and business.

“The idea is to encourage economic development and innovation between the two cities,” Poirier said. Essentially, that’s what Atmosphere Apps does. The company acts as a bridge between Gainesville and Poland. The team in Gainesville handles design, project management, customer support, sales and marketing. The team in Poland heads development and testing. Together, they offer end-to-end app development services to organizations that publish information, including traditional publishers, media companies, reference providers and large enterprises. Its employees guide organizations through the entire process of designing, developing, releasing, maintaining and promoting mobile apps.

“One of the things that sets us apart is that we don’t just build (apps),” said Kristi Taylor, the director of business development generique du cialis. “We stay long term partners and help maintain that app… and help it become successful as well.”

Another fascinating thing about the company is that it designed its own mobile framework called Troposphere. The framework acts like a strong code base. By taking advantage of existing code, developers can quickly and affordably build new apps.

Take the company’s latest app, myGainesville – Events Guide to the Greater Gainesville Area, an events app developed for Advantage Publishing Inc. (API). If the developers were building the app from scratch without using Troposphere, it would take them at least six months to finish the product. However, by using Troposphere, they predicted it would take them less than two months to finish. The app is now live and available to download.

“Their development team is incredible in terms of turning things around quickly and efficiently,” said Jackie Smith, an editor at API.

The app includes a comprehensive list of events happening in the Greater Gainesville community. One of the paramount things about the app is that it will allow users to curate their lists according to their personal interests. In addition, users will be able to instantly find events that are happening near them.

“If we’re in downtown and we’re looking for something to do, we can find something that’s going on near us – that is either happening at that time or happening soon,” Taylor said.

Lastly, the app allows users to effortlessly add events to their calendars, share events on social media and other messaging platforms and receive notifications about upcoming events.

The company’s love for the Gainesville community is what’s kept it in town for 16 years.

“We could do this anywhere,” Taylor said. “But, we love Gainesville and we want to do it here.”

Chamber Aims to Move Needle in Economic Development, Public Policy and Talent and Education in 2019