University of Florida: A top-ranked university

A LETTER FROM THE Publisher

GAINESVILLE, Fla. — The University of Florida is pleased to announce that Jiri Hulcr and Andrea Lucky have received Fulbright U.S. Scholar Program awards in Research and Teaching for the 2020-2021 academic year from the U.S. Department of State and the Fulbright Foreign Scholarship Board. 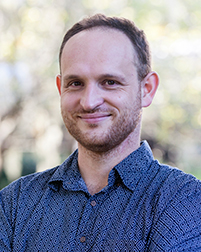 Hulcr, an associate professor in the UF/IFAS School of Forest Resources and Conservation, and Lucky, an assistant professor in the UF/IFAS Entomology and Nematology Department, are among the more than 800 U.S. citizens who will conduct research and/or teach abroad as part of the Fulbright U.S. Scholar Program’s 2020-2021 cohort. Fulbrighters engage in cutting-edge research and expand their professional networks, often continuing research collaborations started abroad and laying the groundwork for forging future partnerships between institutions.

Both Hulcr and Lucky will be spending their Fulbright terms in Czechia (once commonly known as the Czech Republic), although conducting independent projects with different universities. Hulcr will work with the Czech Academy of Sciences and the Czech University of Life Sciences on the interactions between climate, bark beetles and biodiversity. Lucky will work with the Charles University in Prague, the oldest university in Central Europe, at the Faculty of Biology, Department of Pedagogy. Czechia is the most insect-aware country in the world, and she will study entomology education there.

“It’s exciting to have two esteemed members of our faculty represent the University of Florida and UF/IFAS as Fulbright Scholars,” said Scott Angle, UF vice president for agriculture and natural resources and leader of UF/IFAS. As a former Fulbright Fellow himself, Angle noted, “I know that their host universities will benefit from their knowledge and expertise, and that they will utilize this experience in service to the people of Florida and the United States when they return home.”

The Fulbright Program is the flagship international educational exchange program sponsored by the U.S. government and is designed to forge lasting connections between the people of the United States and the people of other countries, counter misunderstandings, and help people and nations work together toward common goals. Since its establishment in 1946, the Fulbright Program has enabled more than 390,000 dedicated and accomplished students, scholars, artists, teachers and professionals of all backgrounds to study, teach and conduct research, exchange ideas and find solutions to shared international concerns.

The Fulbright Program is funded through an annual appropriation made by the U.S. Congress to the U.S. Department of State. Participating governments and host institutions, corporations and foundations around the world also provide direct and indirect support to the Program, which operates in more than 160 countries worldwide.

Upon returning to their home countries, institutions, labs and classrooms, Fulbrighters share their stories and often become active supporters of international exchange, inviting foreign scholars to campus and encouraging colleagues and students to go abroad. Fulbright alumni have achieved distinction in many fields, including 60 who have been awarded the Nobel Prize, 86 who have received Pulitzer Prizes, and 37 who have served as a head of state or government.

In the United States, the Institute of International Education supports the implementation of the Fulbright U.S. Student Program on behalf of the U.S. Department of State, including conducting an annual competition for the scholarships.

For more information about the Fulbright Program, visit eca.state.gov/fulbright.

The mission of the University of Florida Institute of Food and Agricultural Sciences (UF/IFAS) is to develop knowledge relevant to agricultural, human and natural resources and to make that knowledge available to sustain and enhance the quality of human life. With more than a dozen research facilities, 67 county Extension offices, and award-winning students and faculty in the UF College of Agricultural and Life Sciences, UF/IFAS brings science-based solutions to the state’s agricultural and natural resources industries, and all Florida residents.
ifas.ufl.edu | @UF_IFAS

A LETTER FROM THE Publisher