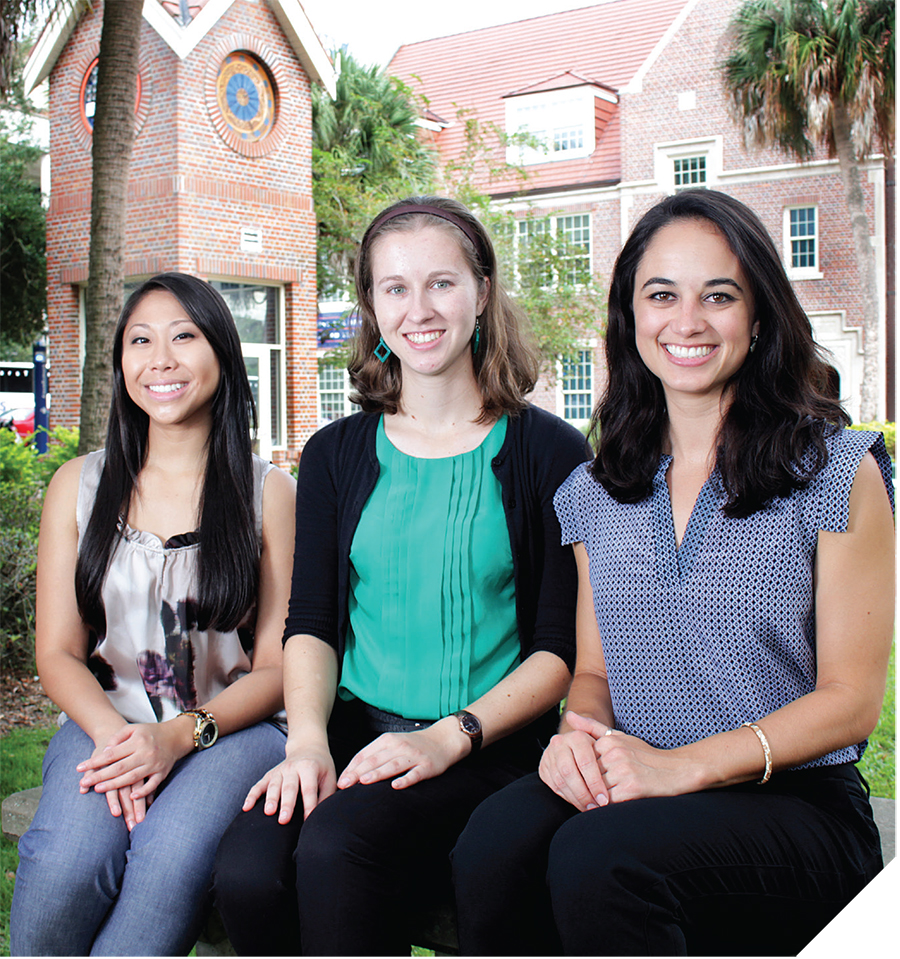 To Bo Sharon, Gainesville looks like the perfect place for Lucky’s Market, the Colorado-based supermarket chain that he and his wife, Trish, founded in 2013.

“It’s a vibrant city, to say the least,” he said. “The town is underserved in affordable natural food, and people are open to new concepts.”

Lucky’s is betting that with its emphasis on affordable produce, baked goods made on site, extensive wine and beer selections and a cafe, it will fare well at the new store opened on the southwest corner of Northwest 13th Street and Northwest 23rd Avenue in early January 2015.

The supermarket is likely to do well, and so are other retailers who are coming to Gainesville for the first time, said Steven Kirn, executive director of the Miller Center for Retailing Education and Research at the University of Florida.

Gainesville’s attractions include a strong economy, a relatively low cost of doing business and a population that’s open to new concepts, he said.

“The retailers who are coming are saying, ‘Our type of people are here,’” Kirn said.

New retailers and restaurants are offering freshness, he notes. Lucky’s has gone in the same part of town that housed Piccadilly Cafeteria, which closed in 2012.

Along the same lines, PDK, a chicken restaurant that boasts Tim Tebow as an investor, will offer a broader appeal than Grandy’s, which stood at the same site on the southwest corner of Northwest 34th Street and Southwest University Avenue, Kirn said.

“Grandy’s was pretty tired,” he said.

Retailers must continuously adapt to the market, Kirn noted. Locally owned Lipham Music, which opened in 1954, wasn’t able to keep its customer base and closed in April 2014.

On the other hand, Hoggtowne Music is thriving — but working hard at it, said owner Joe Dorsey.

Dorsey has 20 years of experience at music stores in Lake City and Gainesville. He founded Hoggtowne Music in 2006.

“We’ve bought out nine music stores that went out of business,” he said.

Music stores have struggled since 1995 due to out-of-town competition — first from catalogues and later from the Internet.

Dorsey attributes the success of his store, located in the shopping center at Northwest 43rd Street and Northwest 53rd Avenue, to two things.

“First, it helped that my wife earns a good salary as a lawyer,” he said. “Second, I’m able to do everything — from installing sound systems to repairing instruments.”

Most of the store’s customers are people just taking up music, including sixth graders joining middle school bands and senior citizens.

“Seniors would rather touch and feel an instrument than buy one on the Internet,” Dorsey said.

He’s not affected by competition from Guitar Center, a national chain that moved to Esplanade at Butler Plaza in 2013, Dorsey added.

“They have a very specialized inventory,” he said. “We separate ourselves from them.”

REGIONAL APPEAL
The Butler Plaza expansion and the Celebration Pointe development along Archer Road are likely to succeed, Kirn said.

They are building on the record of Butler Plaza, which is one of the largest shopping areas in the Southeast, he explained.

While some of the stores in the new projects are relocations of existing stores, such as Walmart, Sam’s Club and Lowe’s, others are new to the market.

The first major newcomer is Bass Pro Shops, which announced in May 2014 that it will be coming to Celebration Pointe. Bass is responsive to local markets, and it will probably tailor its merchandise to the fishing, hunting and recreational preferences of area buyers, Kirn said.

“Although the store here will be smaller than the large Bass Pro Shops Outdoor World stores, it will have quite a large trading area,” Kirn said.

The Butler and Celebration Pointe projects will evolve over time, just as Butler Plaza did, Kirn said.

“When I was here in graduate school, beginning in 1969, I lived in a cottage at the corner of 34th Street and Archer Road,” he said. “There wasn’t much there but a grass airfield with a wind sock.”

The existing Butler Plaza evolved since then, and the future will represent another evolution toward town centers, which will feature attractive building designs with stores connected by sidewalks.

“As we develop the town center, we want to celebrate an environment that encourages you to be leisurely. The overall design encourages people to sit and relax with outdoor plazas and patios that surround an area for live entertainment enhanced by beautiful architecture, fountains and landscape,” Butler Enterprises President Deborah Butler said. “Butler Town Center, influenced by The Grove in Los Angeles, will create a completely new shopping experience for the region.”