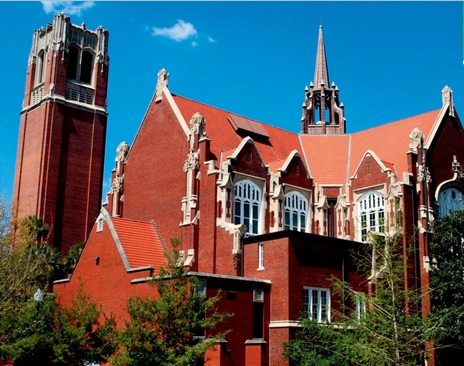 The University of Florida is quickly gaining stature as a premier destination for faculty and staff looking for an institution that is collaborative, supportive and welcoming.

A land-grant university and member of the Association of American Universities, UF is one of only six schools in the country with colleges of law, medicine, engineering, agricultural sciences and veterinary medicine on one campus. At UF, researchers enjoy abundant opportunities to work side by side with colleagues they may never have dreamed of as potential partners.

From a supercomputer that ranks among the world’s most powerful to multidisciplinary institutes tackling some of the planet’s most challenging problems, UF is, simply put, the place working for the Gator Good.

Why work at UF?

Gators take care of each other. If you decide to make the move to UF, we want to keep you around. That’s why we offer a competitive salary, a solid benefits package and the security of knowing that setting our goals high means there is always a lot of work to be done.

Just as UF aims to rise to become one of the preeminent universities in the country, we recognize that each individual’s career achievements benefit our collective efforts. The University of Florida has an abundance of tools and talent to empower employees in all areas and at every level. When our employees succeed, the University of Florida rises. We support them and their careers.

We offer training programs and resources designed to bring out your best. Courses range from business communications and management to personal development, as well as financial literacy and retirement — and beyond.

Find out more about benefits, current openings and what it’s like to work at UF at jobs.ufl.edu.

As the inventor of Gatorade, Sentricon and other household names, the University of Florida is a powerhouse in innovation.

We’ve launched 160 startups in the past 12 years, with 16 startups based on UF research discoveries in 2014 alone. That puts UF seventh in the nation for licenses and options and eighth among leaders in life-science technology transfer, ranked among the University of California and Texas systems. In life sciences, UF ranked 10th in licenses and options executed, just ahead of Caltech.

Our Innovation Hub provides state-of-the-art equipment and office space for startups, along with mentoring, collision space and resident partners to help bring discoveries out of the lab and into our lives. The Innovation Hub is part of Innovation Square, a 40-acre live/work/play research and innovation community between campus and downtown that enhances collaboration between the private sector and the university.

Our inventions improve lives around the world, not to mention bringing cutting-edge companies and jobs to Gainesville, making our city even more dynamic and inviting.

Speedwise, HiPerGator 2.0 is seven times faster than its predecessor, which was already capable of processing every federal income tax return in the U.S. in a fraction of a second. To put things further in perspective, the expanded HiPerGator can hold:

• More than all the books in the Library of Congress and the nation’s top 25 public libraries (including the New York Public Library) combined — with about 86 million books to spare.
• Nearly 21 million times more data than the computer program on Apollo 11 that put man on the moon
• Nearly 40 years of HD-TV video