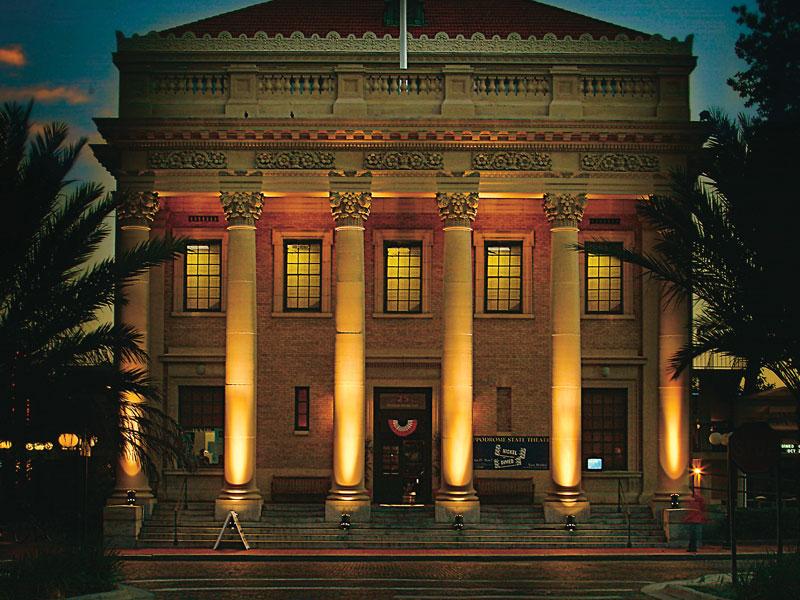 The theater scene in the greater Gainesville area rivals that of many major metropolitan areas. Whether residents want to see a world-class professional production, attend a national tour or even perform onstage themselves, Gainesville has it all.

The crown jewel of Gainesville’s theater scene is the Hippodrome State Theatre, founded in 1972. Located in the heart of downtown Gainesville in the historic Federal Building, the Hippodrome produces professional regional theater productions year-round. Since the Hipp was founded, it has produced over 100 world, American and Southeastern premieres. Tickets are available at www.thehipp.org.

The University of Florida

The University of Florida is home to several venues and theatrical companies. The Phillips Center for the Performing Arts is a state-of-the-art venue that hosts national tours such as “Beauty and the Beast.” The UF School of Theater and Dance, which offers bachelors and masters degrees in fine arts, produces riveting limited-run shows throughout the year. Tickets are available at www.performingarts.ufl.edu.

The Gainesville Community Playhouse is one of the oldest community theaters in Florida. Each year, the group produces a fun-filled season with both musicals and plays in the magnificent venue, the Vam York Theater. Not only is the GCP a great place to see family friendly productions, but it is also a wonderful place to get involved in the cast or crew. Additional information on getting involved and purchasing tickets is available at www.gcplayhouse.org.

The Acrosstown Repertory Theater is nestled on South Main Street in the Historic Baird Center. This intimate theater produces provocative and entertaining work all year with a volunteer cast and crew. In an effort to create more opportunity and exposure for local artists, the Acrosstown produces plays written by local playwrights throughout the season. Tickets and additional information are available at www.acrosstown.org.

The Actor’s Warehouse and The Star Center