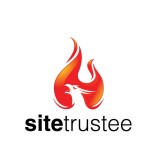 GAINESVILLE, FL – Witnessed by nearly 400 guests, the Greater Gainesville Chamber of Commerce recognized local leaders and trailblazers for their contributions to economic opportunity, business success and community progress. Incoming Chair Bryan Harrington illuminated a vision for 2019 that is regional in scope and toward which he will lead the Chamber in the coming year, including membership growth and engagement; proactive and collaborative policy efforts; enhanced partnerships to strengthen the Alachua County Education Compact; and a year of economic development wins.

“All of the Chamber’s efforts are designed to support economic development and opportunity,” said Harrington, who chaired the Chamber’s Economic Development Committee in 2018. “It is my hope that our collective achievements in recruiting, retaining and expanding business will overwhelm even the most optimistic among us.”

Harrington’s vision followed an overview of 2018 achievements by outgoing Chair Kevin Monroe, including successful passage of the Half-Cent Sales Tax for which the Chamber Board was the first to issue support in 2017 after the yearlong i3 (Putting Children First Infrastructure Investment Initiative) project. Monroe pointed to signs that demonstrate the region is in a meaningful period of economic transformation and highlighted the Chamber’s Intercity Leadership Exchange to Columbus, OH, as a successful endeavor for local leaders to glean both best practices and lessons learned from the public and private partners who transformed that economy.

“The Chamber moved the needle in 2018, building on a 95-year history of supporting Greater Gainesville’s businesses and community at-large,” Monroe said. “The past year has been about bringing in past efforts to successful landings and setting the stage for future elevation of the Chamber and the community.”

A key 2018 development was the Chamber Board’s permanent hiring of Eric Godet Sr. as President/CEO. Godet had previously Chaired the Chamber Board in 2010, as well as its Public Policy Committee in 2018 before joining the executive staff. During his remarks, Godet summarized the Chamber’s history, focusing on achievements over the past five years, as well as foreshadowing those he hopes to see come to fruition as the Chamber approaches its centennial anniversary. Chief among those aspirations is addressing racial inequity.

“The vision our founders had nearly 100 years ago of a dynamic, healthy, growing community is manifesting across many areas, and in the last five years, the Chamber has continued to be a leading regional partner in catalyzing change,” Godet said. “Addressing racial inequity meaningfully and strategically will be a strong area of focus at the Chamber as we work to continue our dynamic legacy.”

The Chamber also recognized several individuals across the community who have had significant positive impact in the business, social and economic spheres.

·    Citizen of the Year Award — Brian Scarborough, for leading both the i3 (Putting Children First Infrastructure Investment Initiative) that resulted in the Chamber Board being the first supporter of the Half Cent for Schools Sales Surtax, as well as the campaign to ensure its success as a ballot initiative.

·    Spirit of Greater Gainesville Winner – Abijah Bertrand, Founder, Life Transition Skills LLC, for working to align the talent and self-sufficiency of young adults with disabilities with the needs of the business community.

·    Chamber Diplomat of the Year – Steve Burroughs, Crime Prevention Security Systems, for going above and beyond as a Chamber Diplomat, a 40-member group that serves as an extension of the Chamber’s staff.

·    Rotary Ethics in Business Award – Davis Rembert, Business Leader, Entrepreneur & Philanthropist presented by Dr. Claudio P. Spiguel, Professor of Ethics and Professionalism in the Institute of Leadership and Innovation at the Herbert Wertheim College of Engineering at the University of Florida. Rembert is a Gainesville native. He is the founder of several companies, beginning with United Fuel Corporation. His major philanthropy includes gifts to Haven Hospice and the University of Florida Cancer Hospital. .

About the Greater Gainesville Chamber of Commerce

The Greater Gainesville Chamber has been the voice of business in the Gainesville area since 1924. Representing over 1,300 members that employ more than 80,000 people, the Chamber is leading the effort to make the Gainesville region a global hub for talent, innovation and opportunity. The Chamber is 5-Star Accredited by the United States Chamber of Commerce, putting it in the top 1% of all Chambers nationwide. Learn more at www.GainesvilleChamber.com or call us at 352.334.7100.