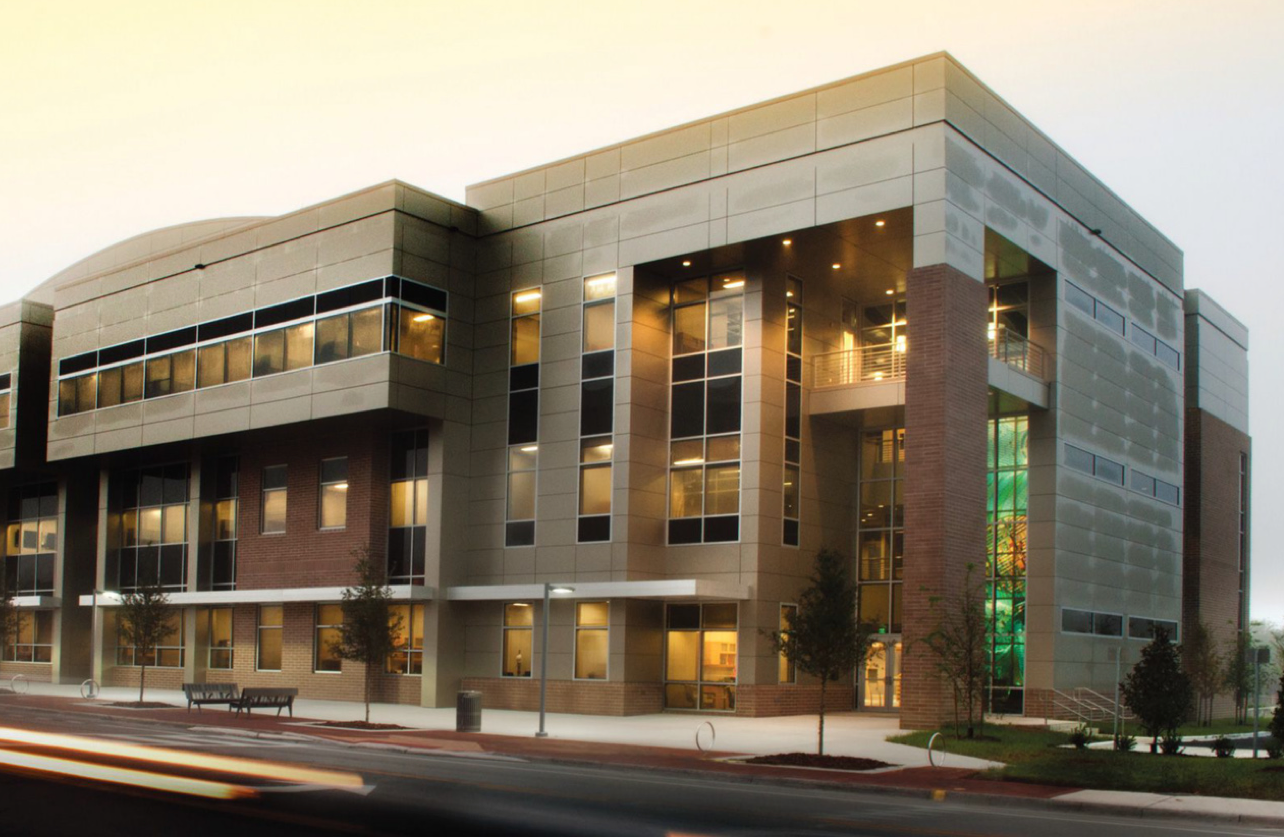 Greater Gainesville has the right education resources, intelligent workforce, and culture of innovation that makes it a region of opportunity — with a distinctly modern Southern twist — for virtually any business or individual. The upward trajectory of opportunity in the Gainesville Metropolitan Area is demonstrated by its increasing gross domestic product, which in 2014 reached over $11.5 billion, up nearly $1 billion since 2010 and $5 billion since 2001.

In recent years, Greater Gainesville has evolved into a region propelled by research, business, and a smart, young, and creative class that both thrives on and catalyzes innovation. The region’s culture of innovation has been a defining characteristic of its economy, businesses, and overall identity for the past two decades and beyond. However, Greater Gainesville’s trail of innovation was first blazed 50 years ago when Gatorade made the commercial leap from the lab of then- University of Florida professor Dr. J. Robert Cade to retail shelves.

Since the commercialization of Gatorade, the University of Florida has set a tone for entrepreneurship strengthened by its prowess in garnering research funds — in 2014 alone, UF brought in $706 million — as well its affinity for building partnerships that encourage the transfer of its research to market. The result has been a business ecosystem fueled by a steady proliferation of innovative business, state-of-the-art products and services and world-class incubators to nurture the companies that produce them. Further enriching this ecosystem is Santa Fe College — ranked in 2015 by the Aspen Institute as the nation’s number one community college — that has proven its ability to produce graduates who are prepared to pursue higher education or have the relevant skills local employers need.

Elements of Greater Gainesville’s business ecosystem have garnered national and international recognition in recent years, which has turned a spotlight on the success of individual companies and resulted in increasing regional resources for innovation and business growth.

The last few years have been big for homegrown companies and incubators in Greater Gainesville. Applied Genetic Technologies Corporation (AGTC), located at the top-ranked Sid Martin Biotechnology Incubator, raised $50 million through an initial public offering in March 2014. Later in the year, the company announced a deal with Massachusetts-based Biogen with the potential to result in $1 billion to the company, allowing it to expand its research programs, more rapidly develop therapies and speed up hiring plans.

In 2015, UF’s Innovation Hub — which provides startups with shared facilities, mentorship, modern laboratories and room to grow — received $8 million from the U.S. Department of Commerce’s Economic Development Administration to advance its innovation and entrepreneurship resources to serve up to an additional 45 companies through a second phase. Phase two is expected to continue the success seen during the first phase of the Innovation Hub, which has assisted 60 companies over three years, resulting in 760 jobs and $50 million in private investment.

Also on the horizon are new projects and proposals with the potential to bring exponential growth to the region. The Butler Plaza expansion and Celebration Pointe are boosting offerings available at one of the region’s major retail areas. Additionally, at publication of this article, the Alachua County Board of County Commissioners was considering the Envision Alachua Sector Plan, which would offer the Greater Gainesville region unprecedented opportunities for job growth, research and environmental conservation.

In particular, a portfolio of businesses and talent resources comprise a robust software/ IT sector, which includes companies such as Mobiquity, SumTotal, Sportody, Info Tech and Starter Space. Adding to the region’s ability to grow its IT businesses is access to a ready supply of relevant talent produced by sources such as CareerSource North Central Florida and the Gainesville Dev Academy, which collaborate to tailor the skills of graduates and trainees to meet the needs of local industry.

The region’s information industry job base grew by 6.7 percent from August 2014 to August 2015. Additionally, the overall IT/ software industry is projected to grow an average of 4 percent annually from 2012 to 2017, a rate expected to exceed national employment gains during the same period (according to the “Transforming Greater Gainesville” five-year economic development strategy prepared by Avalanche Consulting).

The Gainesville Area Chamber of Commerce has created and nurtured industry councils in the five key industries to increase industry cohesion and provide businesses with industryspecific connections, resources and guidance.

Increasing in Notoriety, Quality of Life and Opportunity

Greater Gainesville has received numerous recognitions and accolades in recent years. Some, such as the U.S. Department of Commerce’s recognition of the Innovation Hub, are directly tied to the university’s technology transfer abilities. Others speak to the positives of living, playing and doing business in the Greater Gainesville region. In the last five years, the region has received numerous rankings and recognitions, including being named the number two Leading Metro for Economic and Job growth (Area Development Magazine, 2014), the best Florida City for Jobs and Careers (Forbes, 2012) and the number one City on the Rise (NerdWallet, 2013).

As Greater Gainesville’s culture of innovation has evolved, so has the fabric of its intelligent, diverse and welcoming community. The region’s excellent quality of life exists alongside a friendly backdrop of purposedriven organizations and unparalleled natural beauty. Greater Gainesville is also home to a thriving cultural scene, which includes a national ballet company, a world-class symphony orchestra, museums and delectable international dining options, all of which serve as additional economic drivers.