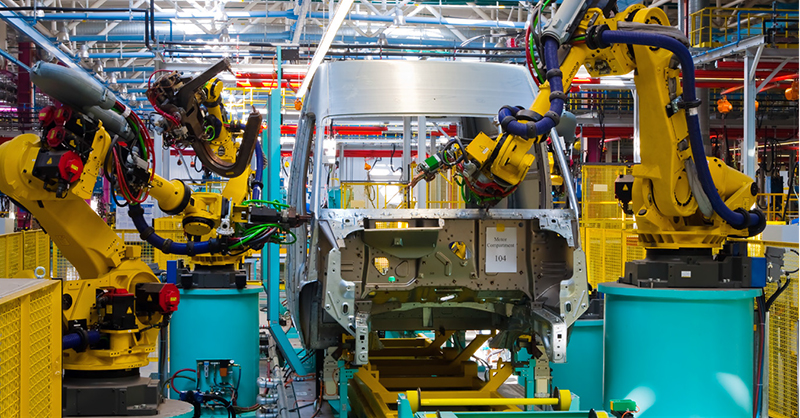 Sometime in the late 1700s, the United States entered into the Industrial Revolution, when machines such as the steam engine began to replace human muscle and might. In the early to mid-1900s, we entered an era where machines continued to replace more and more human muscle and began, with the invention of computers, to complement and greatly assist human thought. This transition was known as the First Machine Age.

According to many experts, we are now entering the Second Machine Age, when computers will continue to replace more and more physical labor jobs (for example, packing and shipping at Amazon is now done almost completely by robots) and will no longer just complement and assist higher-level cognitive work. Soon, they will actually replace scores of jobs that many of us thought were safe from the onslaught of technological advance. Let me give you a few examples to put this into a broader and starker perspective.

In June 2015, Google announced that its driverless vehicles have driven over 1 million miles, stating this was “the equivalent of 75 years of typical U.S. adult driving” without a single accident caused by the car. This is an exciting advance, unless, of course, you’re one of the 3.5 million Americans who drive a truck or delivery vehicle for a living. At FedEx, for example, they are hoping that by the year 2020, they can fly their entire fleet (647 planes) with only four human pilots.

The Associated Press is currently using computers to automatically create corporate earnings reports and sporting news, claiming that its specially designed algorithms can weave data into a narrative that is as compelling — and far more accurate — than a mid-level journalist can produce. In a similar vein, the computer’s ability to review massive amounts of information in an extremely short period of time means paralegals will no longer be needed to comb through millions of documents during the discovery process in large lawsuits; they will simply direct a machine to comb through emails, texts, databases and scanned documents to uncover information critical to a case. Also in the area of law, a great deal of the value an attorney brings to clients is experience in knowing which arguments are most likely to win a case and an understanding of how different judges rule in particular situations. Researchers at Michigan State University and South Texas College of Law constructed a statistical model that was able to predict the outcome of almost 71 percent of U.S. Supreme Court cases, a level that is far more accurate than even the most seasoned attorney.

Another profession where we will see profound changes in the future is financial advising. Traditionally, you hire an adviser to give you the most up-to-date and well-reasoned advice for your investments, but computer-aided trading, complex algorithms, predictive analytics, big data and computing power offer much better investment strategies in a world where a human financial adviser cannot possibly hope to keep up with even a tiny fraction of the market information that bombards us each day.

And lastly, the area of medicine. Today, the medical field is facing a harsh reality in many areas of the field where computers are far superior to human doctors. IBM’s Watson, the famous computer that beat all of the champions on Jeopardy!, has already demonstrated a significantly more accurate diagnosis rate for lung cancers than humans: 90 percent versus 50 percent in some tests. Johnson & Johnson’s Sedasys system, which is already FDA approved, can deliver low levels of anesthesia in several surgical applications at a fraction of the cost of a dedicated anesthesiologist. Smarter, safer, cheaper, faster — that’s a really hard combination to beat.

But, behind all this technological wonderment lurks a frightening question: What will people do when all of those jobs are gone? Drivers, pilots, reporters, lawyers, accountants, financial advisers, doctors, nurses — and all the people who support them — what will they do? In the past, technological advances have mostly been “complementary”; as machines replaced workers, new, higher-skilled jobs were created, keeping unemployment low and wages rising. However, many of the innovations I have discussed will simply “replace” workers with very few, if any, complementary jobs being created.

The answers to these challenges are multifaceted and complex, but I can tell you the two major factors that are essential in our fight to keep America strong and the American people successful are: education and entrepreneurship. Much of the future of our country rests on our ability to anticipate these changes, educate our current workforce and future workers to be successful in the Second Machine Age, and support a vibrant entrepreneurial ecosystem that will take these amazing technological advances and turn them into new companies, new jobs and new wealth. Happily, I can’t think of any town better positioned to do that than Gainesville, Florida.

JOHN SPENCE has been recognized as one of the top 100 business thought leaders and as one of the top 500 leadership development experts in the world. He is an international keynote speaker and management consultant and has written five books on business and life success. www.johnspence.com.

Increase Margins by Leveraging Your Technology