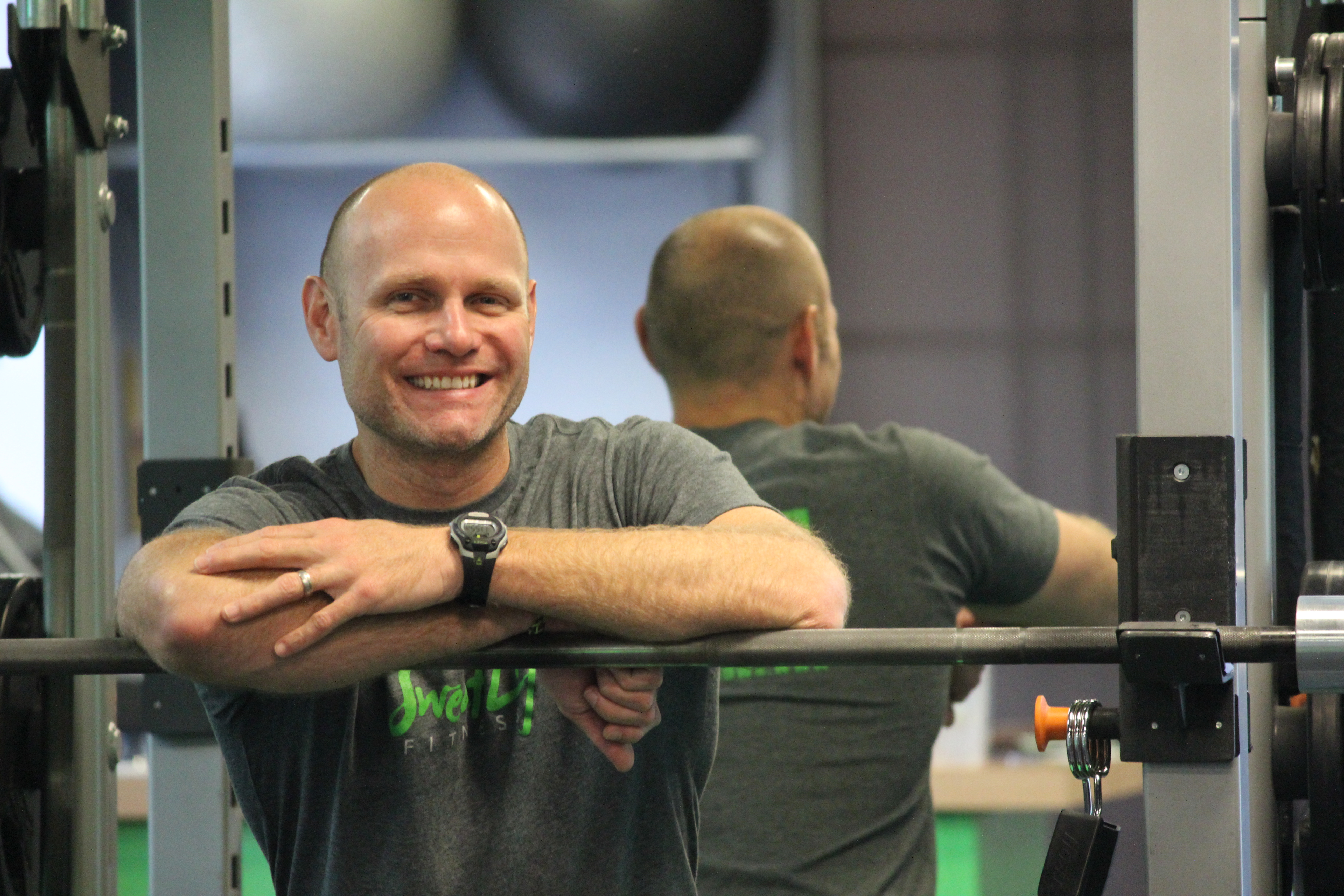 Have you ever seen a fat boxer?

That’s the first question Dan Griffin asks clients who sign up for one of his SweatBOX classes. The answer he usually gets is no.

SweatBOX is a new program that Griffin, owner of Sweat Life Fitness, located in Haile Market Square, launched about six months ago. As of now, it is the only boxing-based small group training session in Gainesville, Griffin said.

Taught by certified trainers, the class combines boxing and strength training to deliver an optimal workout in 30 minutes. 60-minute sessions are also offered for those who want to challenge themselves a bit more. On average, six to 10 people participate in each class.

During the class, heart rate monitors are used to track how many calories each participant burns. The monitors are synched to a system called Performance IQ, which allows participants to see their individual information on a screen while working out.

“The great thing about that is it gives you immediate feedback,” said Dave Warm, who attends SweatBOX weekly. “It also helps create a benchmark for future workouts.”

When the program first started, only three classes were offered per week. Now, due to popularity and demand, about 20 classes are offered each week. Griffin attributes the success of the program to three things: results, convenience and fun.

“All I had to do was commit to a clean healthy diet, training with Dan (Griffin) and Chris (Pregony), and showing up four to five days a week,” Kutz said. “I am living the Sweat Life and loving it.”

Weight loss, however, is just one of the many benefits that participants can gain through SweatBOX. Other results clients have reported include lower blood pressure and cholesterol, improved sleep, higher energy levels and less stress.

Besides a proven track record of results, SweatBOX is also convenient. It’s strategically located at the “center of everything in southwest Gainesville,” Griffin said. It also doesn’t require a lot of time — unlike traditional workouts that demand hours at the gym, SweatBOX only takes 30 minutes.

Griffin’s goal is to make those 30 minutes the “best part of your day.” He wants people to have fun, so he designed the program to be engaging and exciting.

“The bottom line is, I’ve never had so much fun working out,” Warm said. “I never get bored because each session offers something different.”

The program has been so successful that it is in the process of being moved to its own facility. The new SweatBOX studio will be located in the same plaza as Sweat Life Fitness. However, the exact address has not yet been announced. Griffin expects the new studio to open for business by the end of 2015.

The new location will accommodate 16 to 20 people per class and will also offer more classes. Prices are subject to change and will be posted on Sweat Life’s website once the new location opens.

“We’re just excited for the growth of it,” Griffin said. “It’s grown via word of mouth, and that, to us, is the truest testament of a quality product or service.”

Why Greater Gainesville is A Health & Fitness Destination