Women of Distinction recognizes outstanding female service in Alachua and Bradford Counties and was created by the Women’s History Committee at Santa Fe College in 1987. Nominees for Women of Distinction have demonstrated unique achievements in the arts, business, industry, science, environment, medicine, education, government, social services, human rights, history, sports, agriculture, humanities, community service or p hilanthropy. Each year, one Woman of Promise is selected; the honoree is between 16-21 years of age and demonstrates character, achievement and leadership. The 2015 Women of Distinction are Phoebe Cade Miles, Phyllis Miller Rosier and Bessie Jackson. Deja McPhee has been named the Woman of Promise.Bessie Jackson: From Wewahitchka to Ph.D. 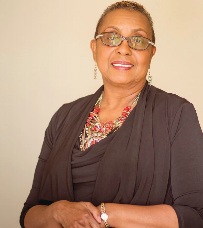 From the tiny Florida Panhandle town of Wewahitchka to a Ph.D. and a career in education, the journey of Dr. Bessie G. Jackson has been marked by a drive to succeed.Jackson credits her parents for motivating her. “I had parents who instilled in us that education was very important,” she remembered. “That drive was instilled very early…”An honor graduate of Gainesville’s Lincoln High School in 1965 — four years before area schools were integrated — Jackson went on to earn a bachelor’s degree and advanced degrees from Florida A&M University, Florida State University and Nova University. She began her career as a librarian/media specialist at Newberry Elementary School in 1974 and retired in 2011 as assistant principal for administration at Gainesville High School. Along the way, she worked at the Gainesville Pubic Library, Mebane Middle School, Spring Hill Middle School and Santa Fe High School, where she formed the Pre-Collegiate Society.Jackson served three terms on the SF College District Board of Trustees and has been involved in the Gainesville Woman’s Club, United Way of North Central Florida, Neighborhood Advisory Board to the Gainesville City Commission and Johnson Chapel Missionary Baptist Church.Jackson draws from her experiences to offer advice to young women who want to make a positive difference in their communities. “Prepare yourself, step out and never shun responsibility. Continue your education, and you will be around people who inspire you and you can then inspire others.”Cade Museum’s Phoebe Miles 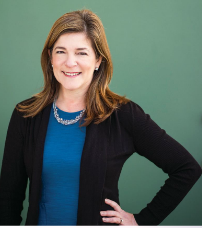 The founder, president and chief executive officer of the Cade Museum Foundation, which awards an annual prize to inventors and is building a museum that will bridge East and West Gainesville, Miles is also the co-founder and vice-president of the Gloria Dei Foundation, which supports Christian ministries and organizations.“If ‘woman of distinction’ connotes one who makes good things happen in our community, then Phoebe Cade Miles is a perfect choice for this award,” wrote Marilyn Tubb, who nominated Miles for the award.Asked about her major accomplishments, however, Miles mentions something else: “Raising three children with three different temperaments in different countries and different sets of schools in each country.” Her husband’s career in the United States Foreign Service led the family to Germany, Barbados and Argentina before they returned to the United States. “Coming back home, I saw my country with fresh eyes and saw that its unique contribution is an emphasis on entrepreneurship,” Miles explained. “There is an arc from creativity to invention to entrepreneurship that runs all the way from the individual to the community to the larger culture.”Asked for her advice to women who want to do positive things for their communities, Miles did not hesitate to respond. “There is never a set formula that you have to follow,” she said. “I am inspired by the idea of ordinary people who do extraordinary things. Don’t think, ‘I can’t do that because I don’t have the credential.’ Credential is not the be-all and end-all…”Retired Judge Phyllis Miller Rosier 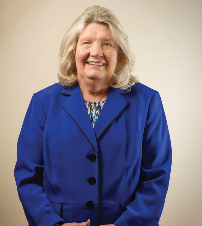 Bradford County resident, Phyllis Miller Rosier, is an unintended trailblazer — the first female assistant state attorney in the Third Judicial Circuit who went on to become a judge in the Eighth Judicial Circuit, a job from which she recently retired. However, a career in law was not always on her horizon.A Phi Beta Kappa graduate from the University of Florida with a major in sociology, Rosier’s first job was working in child protection in what was then Florida’s Department of Health and Rehabilitative Services (HRS). “One of the women I most admired, Leveda Brown, hired me for my first job in Gainesville,” Rosier remembered. “Later, I transferred to Lake City, where I supervised a new unit that combined juvenile services and probation officers with HRS. That job threw me into the court system and started me thinking about going to law school.”Rosier was accepted into law school at the University of Florida, “(So) of course I had to go,” she said.In the Third Judicial Circuit, which includes seven North Florida counties, Rosier helped start the Guardian ad Litem program to advocate in court for the best interests of abused, abandoned and neglected children. In Columbia County, she helped start a nonprofit organization that worked with the sheriff ’s office and the superintendent of schools to combat juvenile crime.She credits “not knowing when to quit” for her success in the field of law. Rosier’s advice to young women, “Education and scholarships are so readily available now, and there are so many helpful people, mentors and interested educators who are willing to take time with you. Don’t ever give up hope.”Deja McPhee: Woman of Promise 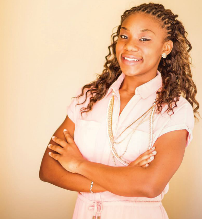 Deja McPhee’s infectious positive attitude is well matched by her achievements in school and on the basketball court. According to Chandra Stebbins, the head women’s basketball coach at SF College who nominated her for the award, McPhee “is leading in just about every way right now.”Leadership and achievement come naturally to McPhee, who graduated from Gainesville High School in 2013 after completing the Cambridge Program for academically advanced students and the pharmacy track in the school’s Academy of Health Professions. McPhee also served as captain of the GHS varsity basketball team and is the current captain of the SF College women’s basketball team.McPhee’s involvement in academics and basketball have earned her numerous awards and provided her with plenty of community service opportunities — from an Advanced Placement Scholar award and membership in the National Honor Society in high school to involvement with a clinic for domestic violence and a Thanksgiving food drive.With her eye on a career as a pediatric nurse, McPhee says her mother is her greatest inspiration. “My mom inspired me to continue pushing forward and expecting the most out of myself,” she explained.At 19, McPhee may be young, but she has some important advice for other young women who want to make a positive difference in their communities. “The most important thing is to always be yourself, because if you don’t stay true to yourself, you can’t help others be who they are,” she said.