Raise the Roof at the Ronald McDonald House

Park Avenue at Santa Fe feels like a resort – offering all the luxuries you would expect on vacation. The 298-unit community boasts a beach-entry swimming pool and cabanas with gas grills and a music system, a fitness center featuring state-of-the-art equipment, a game room with a billiards table, as well as a dog park. The apartments themselves are spacious and well-appointed, with nine-foot ceilings, granite countertops, European-inspired cabinets, soaking tubs and contemporary lighting. Some apartments even offer mother-in-law suites with garages on the first floor and units on the second. 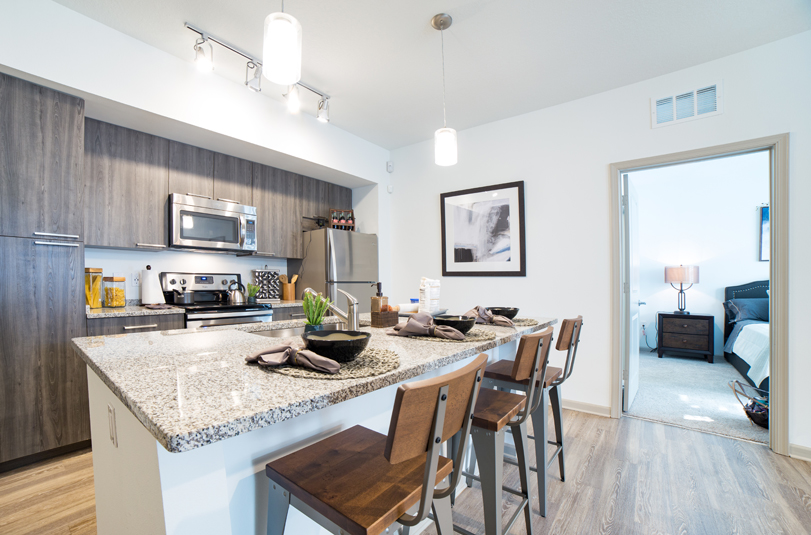 For its residents, Park Avenue is one of the first Gainesville communities to provide valet trash services and a doggie DNA service. Residents don‘t need to bring the trash to the dumpster, as it‘s picked up nightly from the front door of each apartment. The doggie service identifies any waste left around the apartments by analyzing DNA samples and holds the proper pet owners accountable, ensuring the landscaping at Park Avenue is always pristine.

In essence, Park Avenue holds all of the amenities its residents could ever dream of desiring – and so much more. Located on the southeast corner of NW 39th Avenue and NW 83rd Street, Park Avenue benefits from close proximity to medical offices, Santa Fe College and a Publix-anchored shopping center. Manicured walking trails wind throughout the development, connecting the three blocks and flowing around the natural hills and trees of the area. Optimally situated, Park Avenue is close to I-75 and not far from the Gainesville Regional Airport, but “away from the traffic of Archer Road and Newberry Road,” said developer Jason Robertson.

“We’re filling an underserved niche in the Gainesville market. We’re offering a luxury lifestyle to both young professionals and baby boomers,” said Robertson, “Both of whom want the advantages of luxury living we offer without worrying about taking care of a lawn or a pool.”

The first one of its kind in Gainesville, Park Avenue implements the traditional neighborhood development (TND) layout with a block city system. It combines up to 30,000 square feet of residential, retail and restaurant space for a dense, walk-able design. In a sprawling city like Gainesville, the TND model reduces land development and requires fewer infrastructures, such as utilities and work lines.

“Park Avenue is a model of a good project,” County Commission Chairman Ken Cornell said. “Reducing demands on infrastructure save the taxpayers money. This is the wave of the future.” 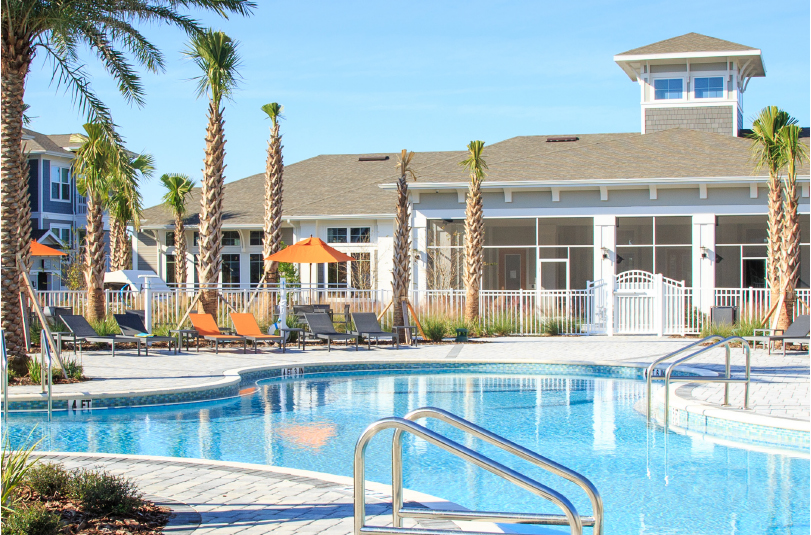 While the complex is still under development, one block of apartments has already been completed, with the second expected to be finished by February 2017. Construction on the commercial block of the development should be completed in June 2017.

Park Avenue recently began leasing both residential and retail spaces. Residents are lining up to move into the completed units and coffee giant Dunkin’ Donuts has leased a corner space in the retail block.

Robertson, who is president of Urban Habitats, Inc., plans additional developments in the Gainesville area. “Being active in the commercial mixed-use development sector, we are always looking for markets with growth and opportunity,” he said. “We’re eager to serve the pent-up demand.”

Senior Writer CHRIS EVERSOLE has been a keen observer of business, government and culture in the Greater Gainesville area while living here over the past two decades. His experience includes work with the University of Florida and Alachua County Government. He also has been a journalist and public relations professional in the Tampa Bay and Sarasota-Bradenton areas, as well as in Michigan, Ohio and New York.

ALYSSA RAMOS is a second year Journalism major at the University of Florida with a minor in French. She is an aspiring magazine journalist, a fashion enthusiast, and a Netflix binger with hopes of telling people’s stories through all forms of media. For now, she is still honing her writing skills, but she’s always in search of a good book and a strong cup of coffee.

6 Steps To Building Your Business On A Rock

Raise the Roof at the Ronald McDonald House