Find a map of Alachua County from 100 or 125 years ago and scan the names of the cities. Recognize any of them? You might know some by their current incarnations: Haile, Tioga and Jonesville. Or, you might have driven past a collection of old buildings and houses beside a highway or back road and not even realized that they used to be part of a thriving town. What happened to some of these lost towns of Alachua County? 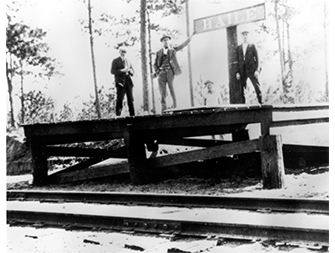 Most area residents know of the historic Thomas Evans Haile plantation, Kanapaha, off Archer Road in southwest Gainesville. The original homestead has been preserved and features its famous “talking walls.” Development in the latter 20th century saw the Haile Village and Plantation neighborhood arise near Kanapaha. But, the original town of Haile was actually located four miles north of Newberry.

Thomas Evans Haile’s brother, Edward, had a farm located there. His house was known as “The White House.” When Confederate soldiers were escaping federal troops at the end of the Civil War (see the February-March HOME issue for the full story), one of the soldiers noted in his diary:

We stopped today at noon at a Mr. Hailes house by whom we were hospitably treated & refreshed by a very nice drink of brandy.

A post office was established at Haile in 1900 but closed only three months later. The railroad line from Newberry to High Springs had a stop at Haile. While farming continued in the area, Haile’s farmland became better known for its phosphate deposits.

This town was the site of General Elias Earle’s plantation, established in 1858 on the west shore of Lake Santa Fe. Earle was a descendant of a wealthy, influential family in South Carolina. Earle fought in the Mexican War before moving to Florida to start his plantation. He operated a cotton plantation with slaves prior to the Civil War.

In the 1870s, the Balmoral Hotel was built near Earleton and catered to Northern tourists. Earle’s daughter and son-in-law built a house in the 1870s that still stands today off Little Lake Santa Fe (the Baylis Earle House). Driving through the canopy of live oaks off County Road 1469, one can get a sense of what Earleton may have been like 150 years ago. 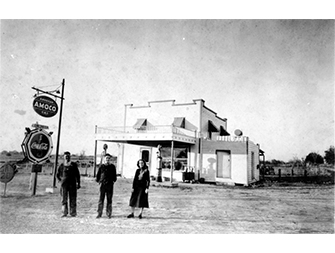 Speaking of Jonesville, the original location of this town was just east of Newberry, 0.3 miles south of the Dudley Farm. A post office was established in 1875 by the town’s namesake, John J. Jones, and operated there until 1907. Jones had moved from Alabama and homesteaded land near the Dudley’s established farm.

The Farnsworths operated an Amoco station in the 1930s, called the “ten-mile post grocery store” due to its distance from Gainesville. The building later became Rosie’s bar before being torn down and replaced by the current gas station.

The Cummer Lumber Company had a building east of Newberry, but in the 1920s, it was rolled by logs to a location across from today’s Publix. By the 1970s, it was a general store full of antiques known as the “Jonesville Mall.” A Farnsworth descendant turned it into Jonesville Feed and Supply store and it closed in 1996.

Jonesville’s namesake and founder lies at rest in the cemetery at the Jonesville Baptist Church. 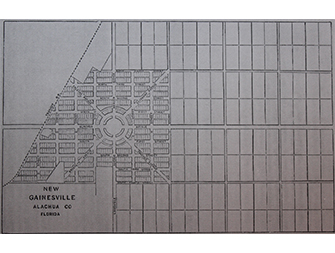 Perhaps the least remembered city, New Gainesville, existed in concept only and was never developed. In 1884, the Alachua Improvement Company (which included Gainesville pioneers such as Dr. Robert Robb and John Lamberth) planned a city between Gainesville and Newnans Lake, called New Gainesville.

As recorded in “Eden of The South,” the city plan called for a “hotel in the center, surrounded by blocks of cottages built in the form of a circle, with openings between the blocks at the four cardinal points.” A 100-foot wide carriageway, called the “Arena,” would be lined with businesses and parks. The main road would be called Alachua Avenue, formed with crushed shell for easy driving, and would run east four and a half miles to Newnans Lake.

The hotel at the center of the city was to be called the Hygienic Hotel, with a four-story central rotunda and four three-story wings extending in each compass direction. Physicians would provide the best medical care to visiting patients. Like many during that time, people believed that recuperating in a warm climate would cure all number of medical ills.

However, New Gainesville never became more than an idea. Some of the platted roads were known as “New Gainesville Road” for a time before being renamed and developed. If you’ve ever driven through the intersection of State Road 26 and Northeast 15th Street, you’ve passed directly through the spot where the Hygienic Hotel would have stood.

As transportation shifted from railroads to roads, many of these towns disappeared and were replaced by new ones along highways and interstates. There are many other forgotten towns in Alachua County: Newnansville, Tacoma, Wacahoota, Paradise, Buda, Tuscawilla, Campville, Rochelle and Daysville, to name a few. History, someone once said, is like a chalkboard — constantly being erased and written over.

Making a Difference: The River Phoenix Center for Peacebuilding