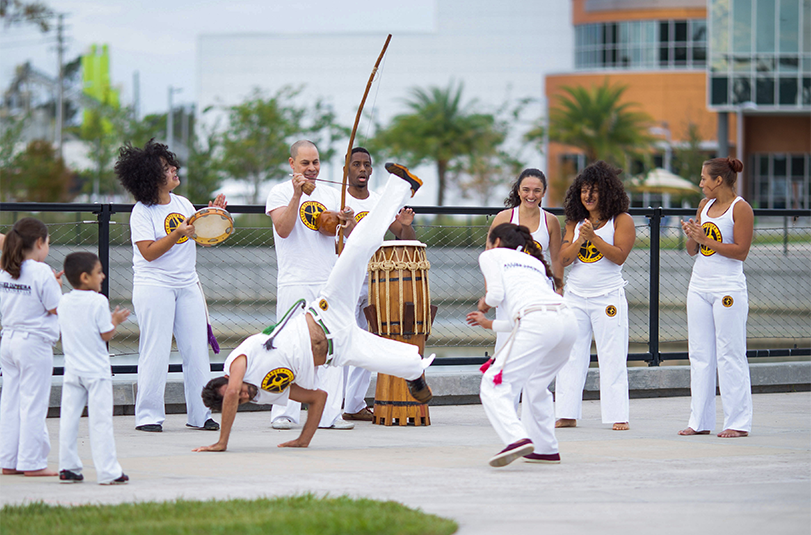 Gainesville has been recognized by high-profile media groups, such as Forbes, Gallup and Business Insider, for its incredible opportunities and quality of life for residents. The area has proven to be a premier destination for people of all ages. Whether you’re a student, a parent or a retiree,  Gainesville has something for everyone. Here are just some of the recognitions awarded to our community over the years.

If you’ve ever walked the streets of Gainesville, chances are you’ve seen someone zooming by on their bicycle. That’s because the city strives to be as bike-friendly as possible. Bicycling magazine lists Gainesville’s unconventional system of urban trails and notes how it stands out from other bike cities in the United States. The trails connect alleyways, parks and paved paths, allowing bike commuters to breeze through the city. There are many bike shops that offer maintenance and rentals for low prices. The Gainesville Cycling Club features a diverse group of cyclists including commuters, sight-seeing groups, tandem riders, and amateur bike racers. The club also organizes regular picnic and social events for its members. Each year the club hosts the Gainesville Cycling Festival, a two-day event that incorporates the Santa Fe Century and Horse Farm Hundred that raises more than $15,000 for a local charity (The Boys and Girls Club of Alachua County).

Gainesville was ranked No. 38 out of 100 for one of the Best Places to Live by Livibility.com. In addition to Gainesville being an education hub, the economy remains robust because of sectors like agriculture, IT, life sciences, manufacturing, tourism and transportation. Livibility.com also noted perks such as the city’s health care rating, which was boosted by easy access to Shands HealthCare and North Florida Regional Medical Center, as well as a variety of housing options and price points available throughout the community. It also cited the weather, offering a year-round mild climate, and a lower cost of living than the national average.

Choosing where to retire can be a big decision. Retirees may want to find a place that offers tranquility and activities without breaking the bank. Gainesville made the cut because of its low cost of living and no state income tax. The city also offers many benefits for retirees looking to escape the cold winds and higher cost of living up north. Residents age 60 and older can enroll in courses at the University of Florida at no cost on a space-available basis. In addition, the Institute for Learning in Retirement at Oak Hammock, a retirement community affiliated with the University of Florida, offers an extensive roster of courses, many of them taught by university professors. (Seniors don’t have to live in the community to participate.)

No. 2 on “Most Environmentally Friendly Cities 2016

Not only does Gainesville offer a beautiful outdoor landscape, but the people in this community are actively working to preserve it. For this study, ValuePenguin looked at the most environmentally friendly cities in America, using 15 data points from 11 sources, and Gainesville came in at No. 2.

The CRA’s Work in Gainesville