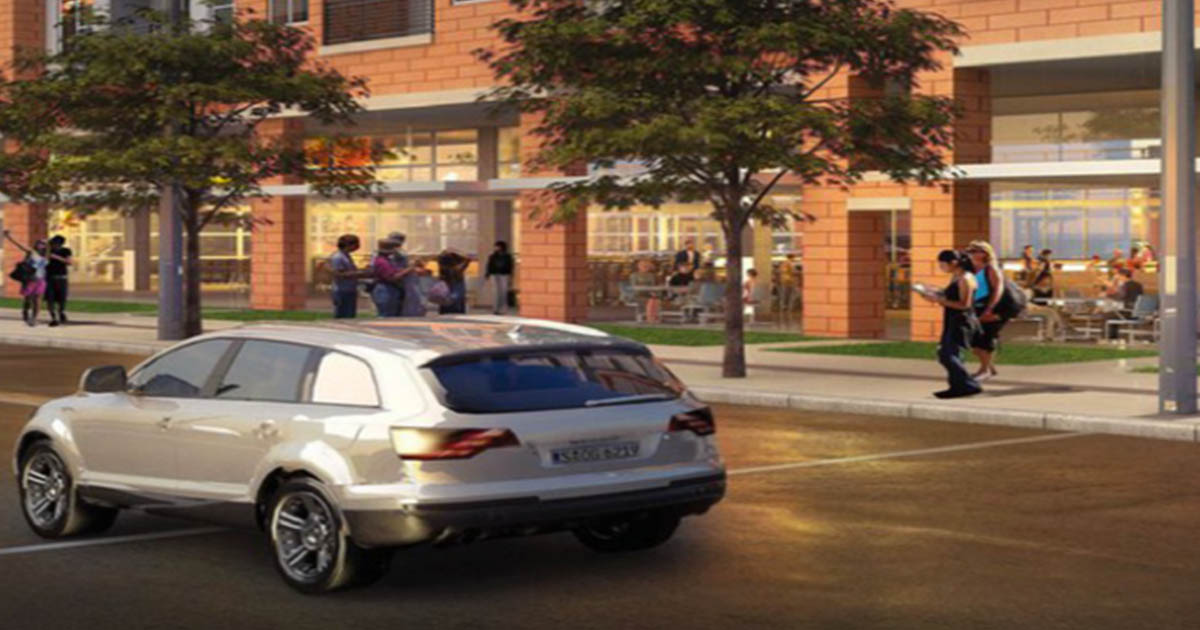 Setting the stage for a revitalized Downtown Plaza

The popular, recently renovated Bo Diddley Plaza will re-open to the public in late February 2016. Improvements include installing a gently trickling water wall, informational kiosk, green room for performers and a second café space to the north side of the plaza facing University Avenue.

The rejuvenation will draw more events like yoga, concerts and food truck rallies downtown– creating a fun, active space for all to enjoy.

Anchored by the 1860s-era train station that served as Gainesville’s main railroad hub for 60 years, Depot Park will tie together the city’s past and future. This 32-acre urban park will feature a custom-designed, football field sized children’s playground and splash pad themed after Gainesville lore; BBQ pavilions; dramatic entry features; beautiful nature trails; connectivity to the Hawthorne Bike Trail; and more. A waterfront promenade will provide a new venue for art festivals, musical performances and more activities. The park is currently under construction and slated to open in fall 2016.

Opening the doors of a historic African-American Cultural Center

Nestled in the diverse Fifth Avenue neighborhood, this up-and-coming cultural center is named after the legendary local educator who led Lincoln High School to become the second accredited African American high school in the state of Florida in 1926. This achievement allowed graduates to earn full acceptance at top universities and colleges. Currently under construction, this eagerly awaited educational space will open to the public in Fall 2016.

Located a few miles from Depot Park and within walking distance to Lincoln Middle School and Williams Elementary School, Heartwood will provide about 30 attractive, reasonably priced homes for families. The CRA will begin construction on the 1717 SE 8th Ave. property in late 2016, and new houses could be available as early as 2017. The property will feature a pier, preserved wetlands and nature trails.

Anchored by the Gainesville Technology Entrepreneurship Center (GTEC), the planned 13-acre campus is located near the ever popular contemporary eatery Southern Charm Kitchen. GTEC was the very first business incubator built within city limits. The master plan calls for building up to 10 commercial buildings on site. The CRA could begin work on enhanced entry features, additional parking and the first additional commercial building site along Hawthorne Road as early as spring 2016.

Midtown improvements in the works

A popular street with restaurant and nightlife options near the University of Florida will be getting a facelift. CRA-led improvements to Northwest First Avenue will include more parking for cars, bikes, and scooters; better lighting; attractive shade trees; enhanced sidewalks; public art; upgraded utilities and more. Construction on the enhancements could begin right after football season in fall 2016 and will take about eight months to complete.

Call the Gainesville CRA at 352-393-8200 or visit gainesvillecra.com to learn more about what’s next for Gainesville! HeartGNV