To those already familiar, hearing the City of Alachua has a unique mix of rural beauty and a forwardthinking, results-driven approach to business and economic development is nothing new.

However, even the locals may be surprised to know how recent events have transformed Alachua into a rare combination of circumstances on a regional, if not global, scale.

Much of that has to do with technology.

As far as technology was concerned, the storyline in Alachua used to be limited to Progress Park – which, at 205 acres and over 35 businesses, is one of the state’s largest biotech clusters and is home to the world-renowned University of Florida incubator, Sid Martin Biotech.

Although many other cities of Alachua’s size (population just over 10,000) would love to be able to boast those kinds of credentials, that was the full extent of Alachua’s connection to technology.

Yet, in the last couple of years, the pieces that have fallen into place not only change the future of Alachua, but also have completely altered Greater Gainesville’s trajectory as a premier technology hub in the Southeastern U.S.

Many of the businesses in Progress Park started at Sid Martin Biotech, which was named Incubator of the Year in 2019 by the International Business Innovation Association – an unprecedented third time since 2013.

“Being named the best incubator on the planet is amazing,” said David Norton, UF’s vice president for research. “Receiving this award three times speaks volumes to the tremendous resource we have here in Florida with the Sid Martin Biotech incubator.”

Sid Martin Biotech-born companies have attracted more than $1.3 billion in funding and have created more than 2,000 high-wage jobs.

Having Sid Martin Biotech, and its ability to grow and cultivate these types of companies, is the cornerstone that is currently driving the success of Progress Park.

Helping to fuel the biotech cluster, however, are two other components of this rare combination of circumstances: the local education infrastructure’s alignment with biotechnology.

In addition to the University of Florida – which is only a 15-minute drive from Alachua – both Santa Fe College and Santa Fe High School not only offer opportunities for local students to obtain great careers without moving to a larger market, but they also serve as a sustaining source for the biotech cluster in Alachua.

Located just across the street from Progress Park stands the Charles R. and Nancy V. Perry Center for Emerging Technologies, the largest branch campus of Santa Fe College – which was ranked as the No.1 community college in the nation by the Aspen Institute in 2015.

Some of the world’s major players in biotech have come through Sid Martin Biotech. They include:

Axogen, which originated at Sid Martin Biotech, is a pioneer in the regenerative medicine market, with a product portfolio for peripheral nerve repair. Based on research and analysis, U.S. markets for the repair of damaged peripheral nerves exceeds $2.7 billion.

In 2019, Thermo Fisher Scientific – one of the global leaders in its field – invested $1.7 billion when it acquired Brammer Bio, which came out of Sid Martin Biotech. Thermo Fisher’s viral vector services just recently completed a $6 million expansion of its Alachua plant, which doubled the size of their facility, and provides groundbreaking material and research for gene therapy.

Ology Bio, which began as Nanotherapeutics at Sid Martin Biotech, has been highly successful in obtaining federal government contracts and grants, which now exceed $500 million, for the advanced development and manufacturing of drugs and biologics of importance to both health care and national security. 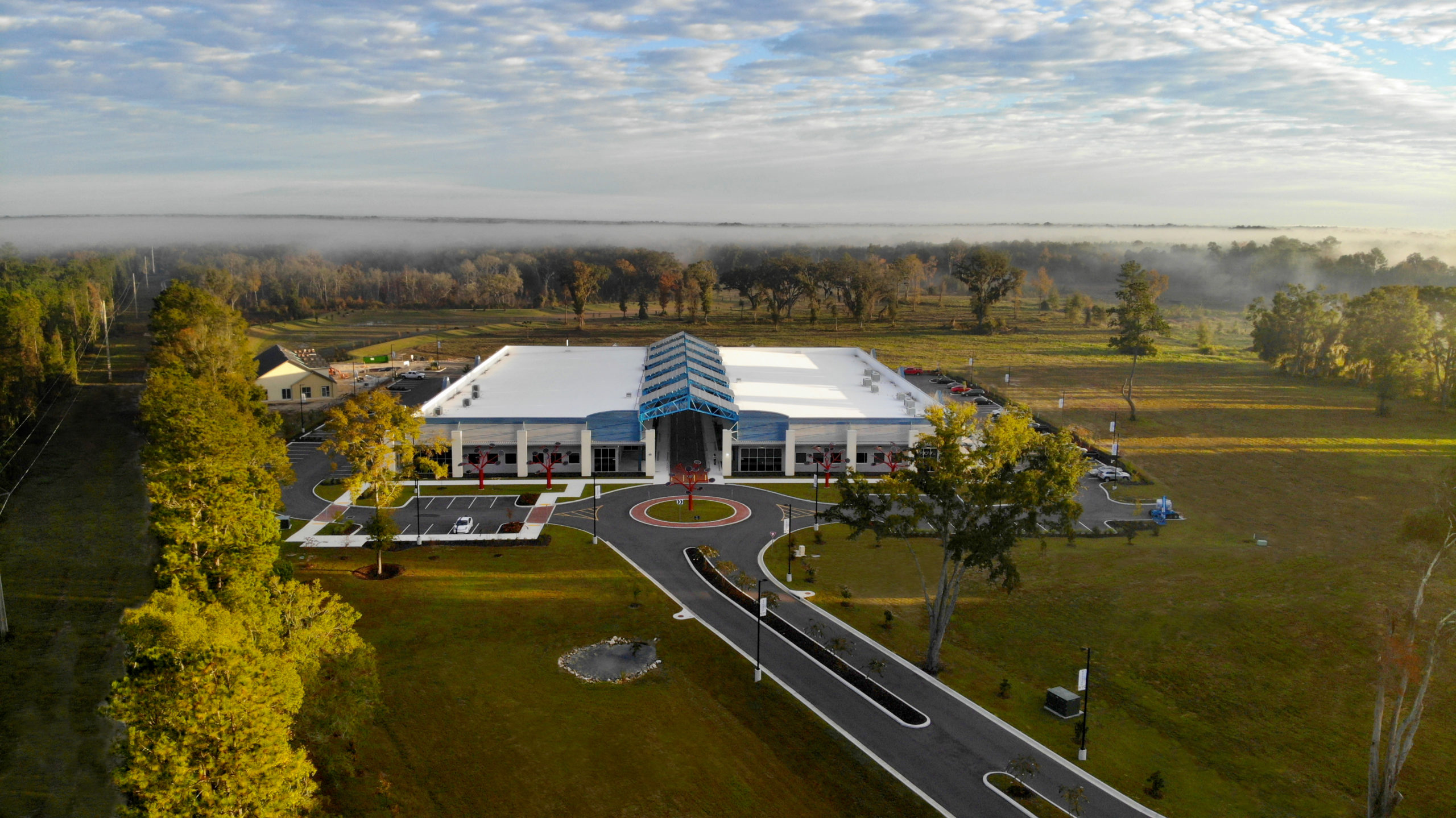 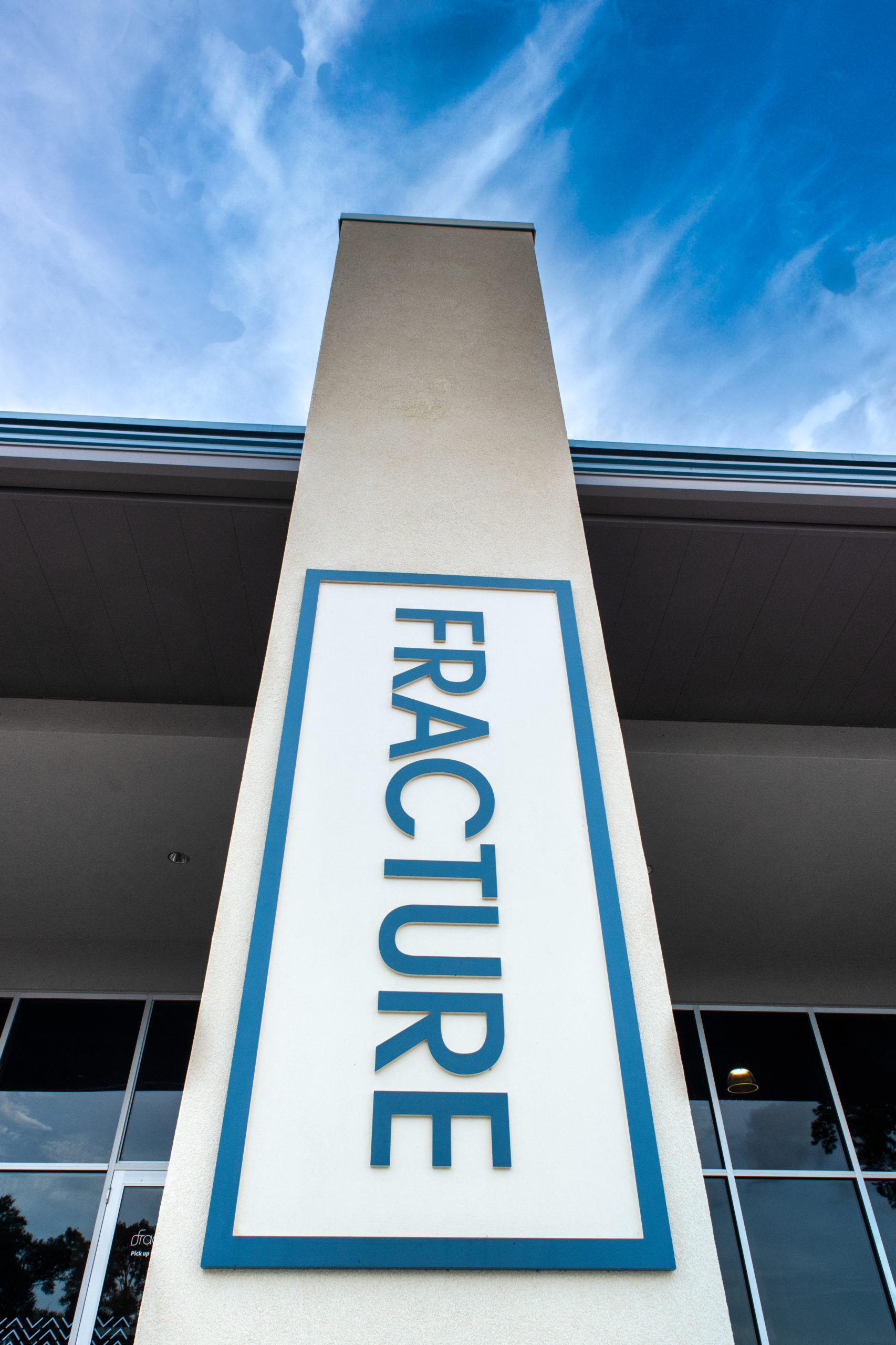 The opportunities to live and work in Alachua don’t necessarily stop with biotechnology.

In fact, with the recent development of San Felasco Tech City – the newest work, live and play community in Greater Gainesville – students, residents and newcomer entrepreneurs to the area now have a modernistic business space with sustainable technology and housing opportunities to explore.

Tech City is situated adjacent to the San Felasco Hammock Preserve State Park – a 7,200-acre mecca for hiking and biking, with more than 30 miles of trails – and is virtually a neighbor of Progress Park.

Without the affordable rent, amenities and location of Tech City, Greater Gainesville came very close to seeing one of its successful start-ups, Fracture, leave the area in search of such a place.

Fracture, which has rapidly developed a global niche in printing photographs on glass, had outgrown its previous space in the Innovation District in Gainesville.

Tech City provided Fracture the affordable new space they were seeking in one of the two 30,000-square-foot commercial buildings on the campus. “With this move, we won’t have to think twice about growing as we need to,” said co-founder and CEO Abhi Lokesh.

The City recently opened the San Felasco Parkway in August 2020. The parkway, funded by a $6.75 million Florida Job Growth Grant from the Department of Economic Opportunity, provides roadway and accompanying infrastructure access to a 280-acre business park owned by the University of Florida Foundation.

Measuring just under a half-mile in length, the parkway is a two-lane divided road that consists of two 12-foot travel lanes, seven-foot bike lanes and 10-foot wide sidewalks complete with electric, water and wastewater infrastructure.

With all this in place, the shovel-ready property can be purchased at highly competitive prices due to the savings the UF Foundation gained by the grant-funded parkway.

Because of its direct connection to the southern border of Progress Park, the San Felasco Parkway presents the potential to more than double Alachua’s bio cluster footprint (which is already one of the largest in the state), opening up the possibility of it becoming one of the largest bio clusters in the Southeast.

Expansion of the biotechnology – and technology in general – impact on Alachua was even further boosted by the City Commission’s recent adoption of a new Business Incentives Program, which aligns with a significant portion of the Commission’s strategic initiatives focusing on attracting and building strong relationships with life sciences, biotechnology and emerging technology companies. 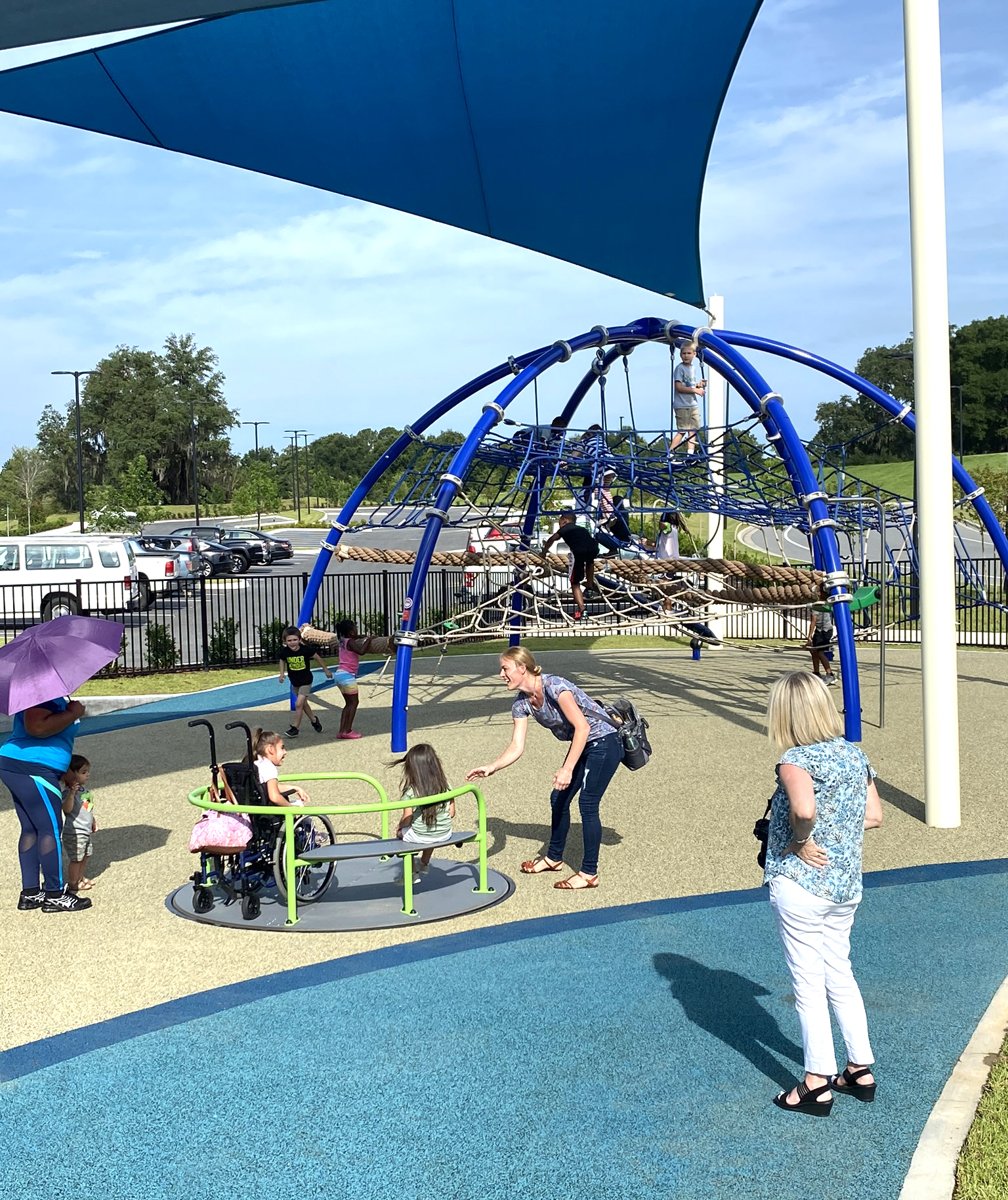 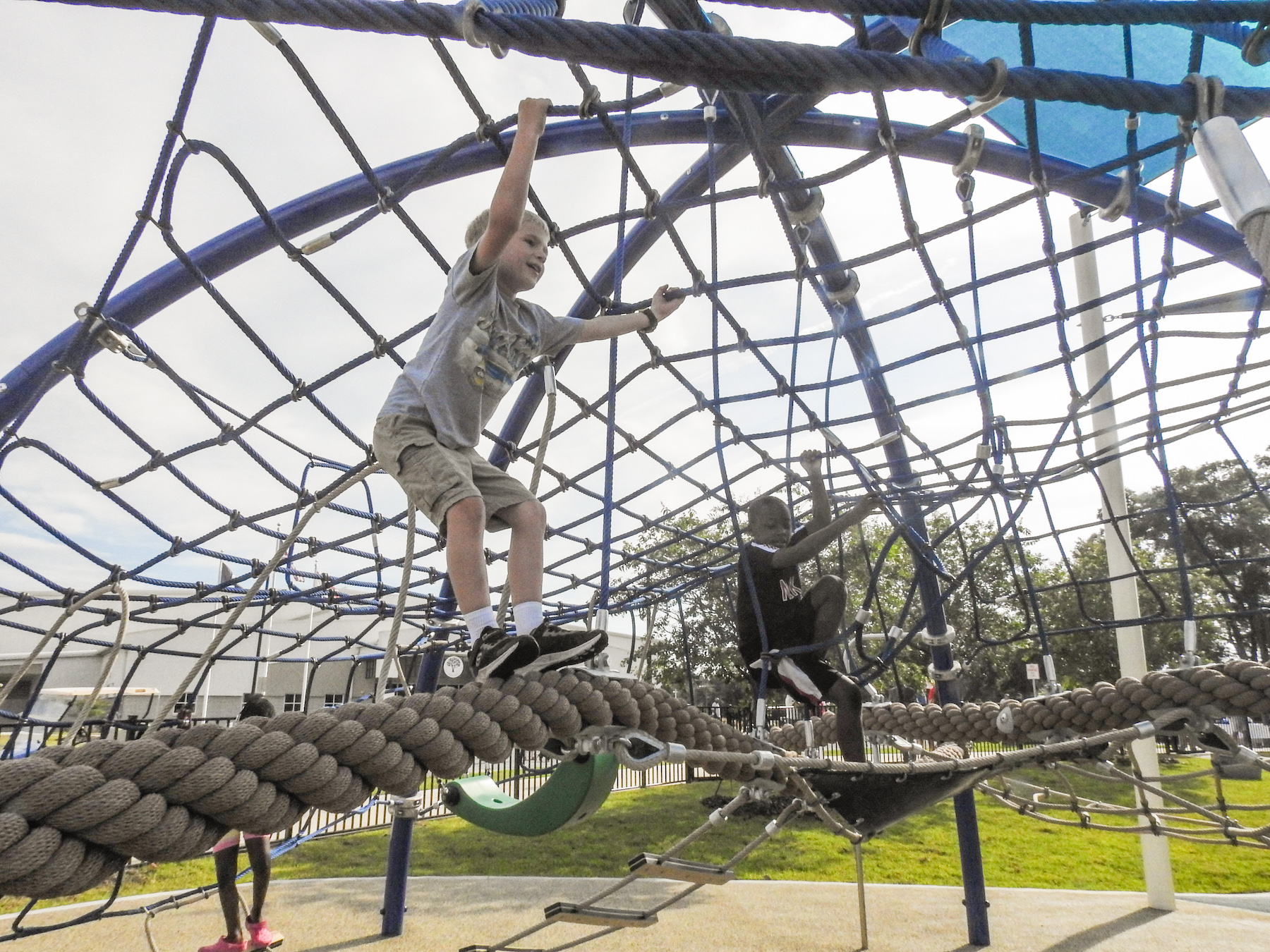 While Alachua excels at providing employment opportunities on the spectrum from GED to Ph.D., it does so while still maintaining its historic roots, beauty, and small-town charm.

The City added to that quality of life and its reputation as an area leader in recreation when it opened Legacy Park – a 105-acre park featuring a 40,000-square-foot multipurpose center – in the summer of 2017.

They didn’t stop there.

Since the opening of its multipurpose center, the City has added a state-ofthe- art outdoor amphitheater, multipurpose sports fields, and a large all-inclusive playground within Legacy Park.

The amphitheater is a part of the City’s move to create more cultural opportunities for residents and visitors, while the playground is specifically designed to accommodate children of all abilities.

Future phases of Legacy Park are planned to include walking trails, a dog park, and additional passive recreation opportunities.

Ultimately, just one of the incredible circumstances currently occurring in Alachua would be a noteworthy attribute for any city of comparable size.

But, when you put all the circumstances Alachua – and by association, Greater Gainesville – is enjoying together, it’s not only remarkable, it’s rare. 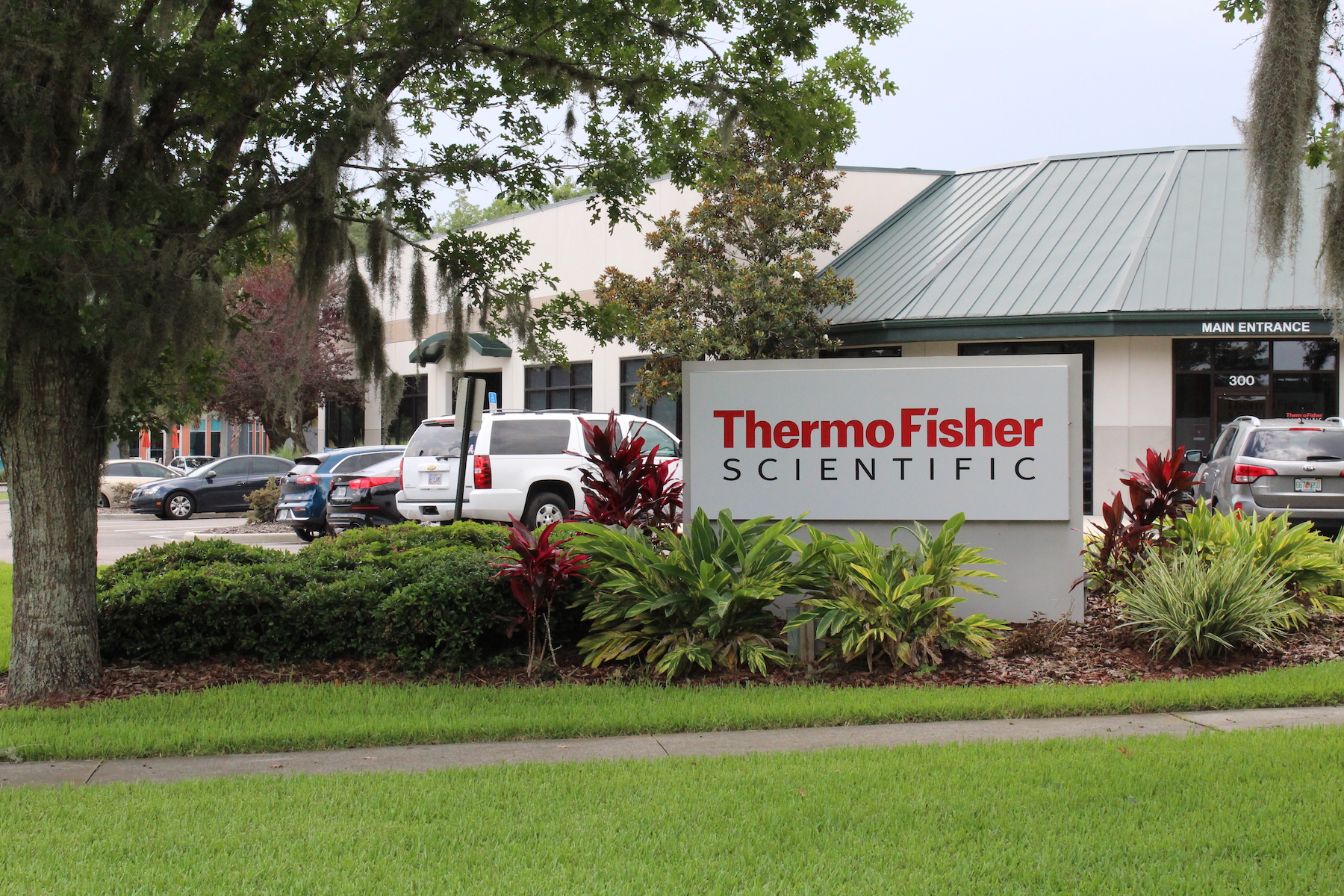 Staying Home for a Living

The City of Alachua is home to many businesses – whether it’s one of many “mom and pop” small businesses, one of three logistics centers (Walmart, Dollar General and Sysco), or one of its growing biotech companies.

One local worker is Susan D’Costa, who came to the area in 1999 as a post-doctorate researcher in molecular virology at the University of Florida. D’Costa saw the position as a steppingstone in her professional career. She was dedicated to studying the molecular biology of viruses, and the UF opportunity was exactly what she had in mind.

However, instead of having to leave Greater Gainesville for opportunities to do this, the opportunities came to her. In the fall of 2013, her work at UF led her to joining a team that chaperones the commercialization of gene therapy technology.

As part of a $1.7 billion transaction in 2019, Brammer Bio was acquired by Thermo Fisher Scientific – a $25 billion leader in the field of serving science. Following the acquisition, Snyder continued with Thermo Fisher, where he is the Vice President of Science and Technology for the company’s viral vector services business.

D’Costa continues to work at the Thermo Fisher site in Alachua. She is currently a senior director and technical subject matter expert on the Commercial Operations team, working on designing customer processes for development and commercialization of viral vector products.

The Alachua site has completed a $6 million expansion, which includes a doubling of the site’s clinical capacity and establishment of commercial QC testing, as well as the development of a new offsite warehouse.

Thermo Fisher has continued to support the Alachua site’s existing culture, D’Costa said. “The transition has been seamless,” she said. “Thermo Fisher has embraced our positives and added viral vector services as an important spoke in its bigger wheel.”

D’Costa and her husband have remained in Greater Gainesville and are raising a family in their adopted hometown. “It’s a very diverse and inclusive community, and we’ve been very fortunate to live in a very caring neighborhood,” she said.

D’Costa has an easy commute to work in Alachua. “I love the commute,” she continued. “It’s such a scenic route with no traffic, and takes me 20 minutes door to door.”

And, because of Alachua and the technology opportunities it presents, D’Costa can enjoy the Greater Gainesville lifestyle and stay reasonably close to her extended family in Atlanta, all while remaining close to Florida’s beaches and major attractions.

For a complete listing of shops, restaurants, and activities, visit guidetogreatergainesville.com/directory.