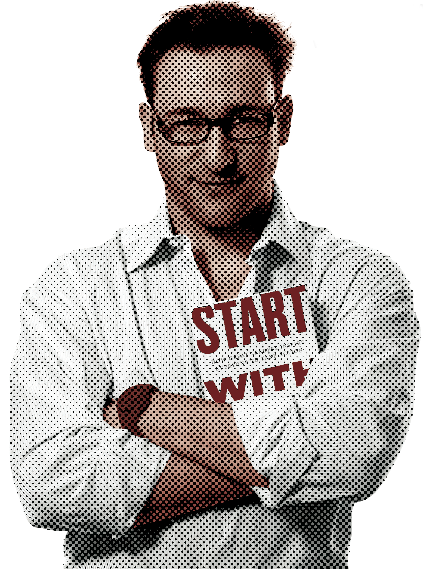 Simon Sinek, author of “Start with Why,” has written a new book called “Leaders Eat Last.” Sinek casts his net wide to gather information examining the individual and cultural causes of successful business environments and asks, “How did they get that way?” This question takes him to military leaders and individual business owners as he explores the constitutional makeup of leadership. His findings are surprising, and, as he did with his first book, he once again generously codifies the results to share with a wider audience.

Sinek begins by addressing our human need to feel safe. He shares a powerful story about Capt. Mike Drowley, an A-10 pilot who risked his own life to give 22 of his men a chance at survival. When asked why he would do such a thing, Captain Drowley responded, “Because they would have done it for me.” Esprit de corps is ingrained every step of the way in the military; Sinek views this as the essential ingredient in the making of a leader, particularly a leader who creates teams who will then form life bonds.

When these kinds of bonds are formed in an organization — when leaders have empathy and prioritize the safety of their people — people will give everything they’ve got to protect the organization and advance the wellbeing of one another. But, if it really is that simple, why do so many organizations have trouble creating what Sinek calls a “Circle of Safety?”

We’ve witnessed the disastrous results of a decade of greed and brinksmanship, where winning was measured only in terms of short term gains. Sinek gives plenty of examples of companies who rode on their golden reputations but ignored what got them there at their own expense and at a greater expense to everyone who trusted them and invested in them. Ultimately, I was more interested in the companies who created and operated on a different value system — the companies who were successful because they purposefully provided an environment that encouraged their employees to experiment and create. Companies like 3M, Costco and Southwest Airlines have corporate environments that mirror the esprit de corps found in our elite military troops. Their view is always pointed toward the horizon, not in the immediate gain to be had. This allows them to focus differently, and the results are remarkable. This long-term approach results in a safe, more stable working environment and a highly engaged team.

Brain research is at the forefront of current scientific study, so Sinek examines some of the current findings of the biology of the brain as it plays out in his area of interest: the dynamics of a business environment. Sinek shares a belief that our chemical dependency plays a major role in creating, or destroying, a culture where employees feel trusted and safe. According to Sinek, we have two selfish chemicals: endorphins, which mask physical pain with pleasure, and dopamine, which creates the feeling of satisfaction we get after we have completed a task. The flood of dopamine on a brain can operate as an incentive for progress, which isn’t necessarily a bad thing, but there is a catch — it’s highly addictive. If an organization is heavily focused on performance, meaning dopamine is the primary means of the reward (you hit the goal, you get the bonus), we can become addicted to the numbers rather than the thing that matters most: the people.

Luckily, we have two other chemicals that aren’t so selfish. Serotonin, the leadership chemical, is the feeling of pride we get when we feel that others like or respect us. Oxytocin is responsible for the feeling of love, friendship and deep trust. Oxytocin is also contagious, which is the coolest part. I find the analysis of the chemicals and the way they play into the culture of a company to be very interesting, and I feel I learned a lot from this. As leaders, it’s all about learning the balancing act; dopamine cannot be the primary driver, otherwise people will not be first in an organization. While we may achieve a lot and hit our goals, we are left feeling empty and unfulfilled.

Want another reason why it is so important to pay attention to these chemicals? Sinek shares a frightening statistic — over 80 percent of people are dissatisfied with their jobs. It’s the job of leaders to do our best to create cultures where people feel loved, safe and fulfilled. The best companies understand the value and the values of the people they employ. They start with the premise that our leadership is there to serve the employee, not the other way around. Sinek shines a light on a path toward building a business that can provide a more stable human environment that benefits all employees while reaching for shared excellence. That’s the kind of business we should be interested in building, and that’s why I highly recommend Simon Sinek’s “Leaders Eat Last.”

What is Community and Do I Need One?