So who built the house?

Jennie Clark decided to wear cowboy boots to her first interview with Gainesville Fashion Week in 2009.

Four years later, it’s clear that her risk paid off. After holding GFW’s highest position available to its interns, the co-producer and chair of the 2013 fashion week just completed an internship at Barneys New York.

Clark continues a pattern of professional success that has distinguished alumni of GFW since 2009. Former interns now hold jobs in prominent companies like Urban Outfitters, InStyle Magazine and Harper’s Bazaar, among others.“I talked about GFW during my whole interview with Barneys,” Clark said.“The leadership, communication and time-management skills that I learned definitely helped me.”

Before GFW, she was an 18-year-old girl from Yulee, Fla., who graduated high school with her kindergarten classmates.Clark hasn’t really changed much, said Tiffany Williams, owner of Williams & Co. Events and one of GFW’s producers. She remembers Clark in cowboy boots—she was the one who interviewed her.

“She still calls me ‘ma’am,’” she said. “But she has changed in that she isn’t afraid to speak up.”

Williams didn’t set out in 2009 to foster would-be fashion powerbrokers.“I had absolutely no idea that I would be a mentor,” Williams said. “That’s really a huge gift that I’ve gotten from doing this event.” At least one hundred students from the University of Florida have interned with GFW since 2009.

Producing GFW heavily depends on the interns, Williams said. A veteran intern directs one of GFW’s eight departments, and manages a team of three to eight other interns.There’s no professor or professional mentors. The interns become professionals themselves by the end of the season, she said.“When you find yourself in those situations where you are out of your comfort zone, it really forces you to learn.”Williams and her co-producer, Albey Coronel, found themselves in much the same position in late 2008. Since then, GFW has been as much a means of professional development for them as for the interns, Coronel said.The Los Angeles-native graphic designer opened his business, neutral7 design group, in 2007 and hired Williams as an assistant.“We became a power team that year, and that’s how we met Gustavo and many other people.”

Gustavo Bonet was the manager of Sharab Lounge at 109 S Main St. After the venue’s ribbon-cutting ceremony in the spring of 2008, Bonet hosted an event there that would come to set the template for GFW, Coronel said.

“I think the actual words, ‘We should do a fashion week,’ came out of Gustavo’s mouth,” Williams said. “We wanted to keep the energy going.”  Creating a “Gainesville fashion week” wasn’t an obvious way to do that. The city is an unlikely destination for fashion cognoscenti looking to define next season’s trends. Why should Gainesville have a fashion week?

“When people say there is no fashion in Gainesville, that is such an ignorant statement,” Coronel said. “Even though Gainesville isn’t a fashion mecca, young people here are connected to the most fashion-forward things in the world.”

Prior to the first Gainesville Fashion Week, however, there was no local network for people interested in fashion to meet each other.

“Without GFW, there would be a void in the Gainesville community,” Clark said.

Students interested in working in the fashion industry would be at a particular loss.

“You kind of worry about who are you going to meet who shares the same interests as you,” said Karina Cuevas, 21, model director for GFW 2013. “What will you find to help direct you toward your final goal?”

Cuevas asked herself the same when she arrived here to attend UF in 2010, much like Clark the year before her. Adamant on finding fashion-related opportunities in Gainesville, Cuevas and Clark both found the same answer in GFW.

“I was really fortunate to find GFW because it’s the main outlet for people like us who want that kind of life,” Cuevas said. It is also a valuable tool in the search for internships and jobs in industry centers like New York City.

Cuevas interned with Oscar de la Renta and Esquire this summer.For Cuevas and Clark, the people they met through GFW are as important as the professional acumen it afforded them.“GFW allowed me to find my family, a group of people that shares the same passion for Chanel as I do,” Clark said.

The GFW family has grown in the past six years, and now has alumni across the United States. The event itself has grown, too. The 2013 runway shows were held in an air hangar at Gainesville Regional Airport. Almost 5,000 people like its Facebook page.“More and more people expect GFW each year,” Coronel said.

Even with their industrious interns, GFW takes a toll on Coronel and Williams. After the 2013 shows, they asked each other: do we do it again next year?

A little less than three weeks passed after the final runway show, marking the end of college for many of the interns. At the final meeting of the GFW team in early May, some of those students met at neutral 7.

“When we got statements from all the team, and how much that they’ve grown in the four years that they’ve been involved, we realized that it’s not an internship for them,” Coronel said. “It’s part of their lives.”

Cuevas started crying. Other interns who had been involved for several seasons couldn’t find the words to speak, according to Coronel.  “It was an ‘aha!’ moment,” Coronel said. “That’s why this needs to continue. There’s no other way for these kids to experience the power of collaboration with their peers.”

Coronel and Williams would make GFW happen again next year, for students like Clark and Cuevas, for themselves and anyone driven by a passion to create.

“A kid from high school or middle school comes to the show—It might spark an interest to pursue a dream. You never know.” 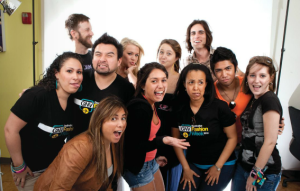 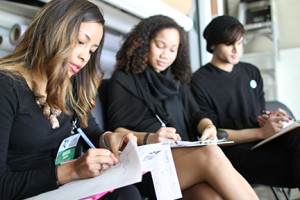 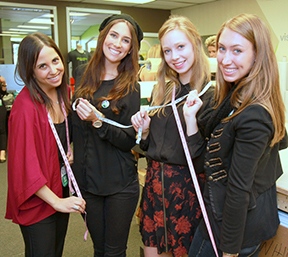 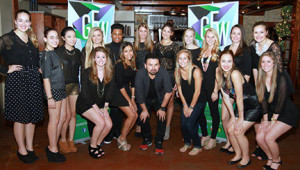 So who built the house?